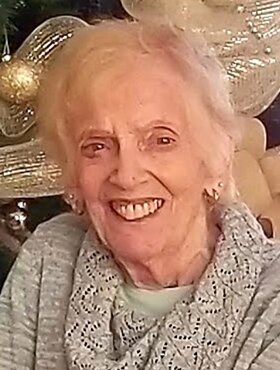 It is with great sadness that we announce the passing of our beloved mother and grandmother, Mary (Mae to those who knew her well). Mary, beloved wife of the late James White McLaren, of Airdrie, AB, passed away on Friday, September 23, 2022, at the age of 86 years.

Mary was born in Glasgow, Scotland, on February 10, 1936. She moved to Hamilton, ON, in 1960, marrying her longtime sweetheart James in December 1960. Mary raised her family in Waterdown, ON. She and her husband moved to Airdrie, AB, in 2010 to be closer to their family.

She was a very kind and loving person. She loved gardening, camping, reading, and a good cup of tea. She also enjoyed spending time with her children and grandchildren. Mary and James travelled extensively throughout Canada, US, Mexico and Europe.

Mary worked many jobs in her lifetime, with a long career at Fuller Brush. Her love of reading brought her to also work at the Waterdown Library for several years before retiring.

Predeceased by her loving husband James on July 21, 2019, Mary is survived by her daughter Laurie McLaren-Clarke of Airdrie, AB and her son Craig McLaren (Michelle) of Canmore, AB. Mary is also survived by her four grandchildren whom she loved dearly, Kaileigh Clarke of Terrace, BC, Kieran Clarke of Saint-Jean Military Base, Quebec, Renee McLaren of Canmore, AB, and Sydney McLaren of Canmore, AB. Mary is also predeceased by her mother and father, Jane MacDonald and Walter Smith, and by her siblings, Anne, Betty, Jeanette, Walter, and Margaret. Mary will be dearly missed by her family, many friends, and all who knew her.

As per Mary’s wishes, no formal service will be held. Her family will celebrate her life by placing her cremated remains in Canmore with her husband James.