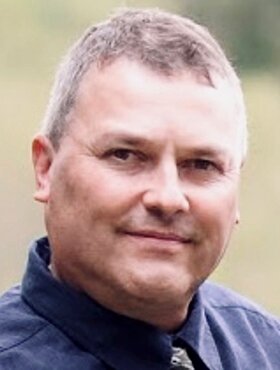 Terry was born in Prince Albert, SK, on October 11, 1962. He lived in or near Prince Albert for most of his life. He moved to Calgary, Alberta in 2019, to be closer to his children.

Terry had a passion for learning, practicing, and teaching Dental Therapy. He worked in various indigenous communities, treating adults and children over the years, including: La Ronge, Stanley Mission, Prince Albert, Port Simpson and Peter Ballantyne Cree Nation, in Pelican Narrows. Terry spent many years teaching Dental Therapy and Pediatric Dentistry at the National School of Dentistry, and University of Saskatchewan. Terry felt a strong attachment to the indigenous communities and schools he worked in, which compelled him to take a position managing dental treatment access for multiple indigenous communities, in Northern Saskatchewan to end his hardworking 35-year career.

Terry loved spending time with his family and being at the lake. He was always ready to take his kids out tubing, fishing, quadding, golfing, and ski-dooing. He loved to travel and planned many family vacations so everyone could spend quality time together. He was extremely handy, tech savvy, and could fix anything. Terry was a generous man, spoiled his children, and loved to surprise his family members with gifts. He also loved music, the mountains, and had a special place in his heart for dogs.

Terry was predeceased by his mother, Darlene Johnson, of Weldon, SK.