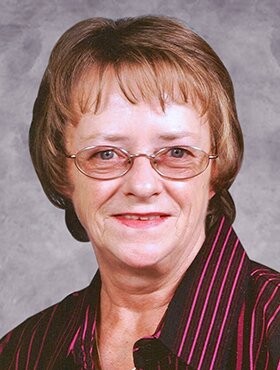 Marilyn Archer beloved wife of Denis Archer of Calgary, passed away on Friday, October 7, 2022 at the age of 76 years.

Marilyn was born in Zenon Park. She married Denis on March 27, 1967 in Zenon Park and moved to Edmonton, where their sons were born. Marilyn worked as an admitting clerk at Edmonton General Hospital. They later moved to Calgary in 1975 where they began their own business, “Archers, The Countertop People.”, which they owned and operated until 1989. Marilyn then began working in wholesale until her retirement. Marilyn will be remembered for her love of gardening and tending to her flowers. She enjoyed many family trips to Mexico as well as other vacations. Marilyn hosted many family gatherings in her home, especially on Christmas Eve, serving her famous Ragout and Tourtière.

Family was the most important thing in her life, and she was the glue that kept them all together. She was a very small lady with a huge heart and a strong personality.

Share Your Memory of
Marilyn
Upload Your Memory View All Memories
Be the first to upload a memory!
Share A Memory
Send Flowers