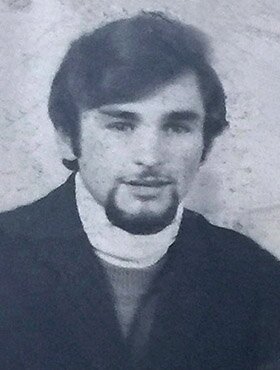 Paolo Lorenzoni passed away peacefully on Saturday, October 29, 2022, at the age of 72 years.

Paolo was born in Romallo, Trentino, Italy, on March 4, 1950, where he was one of nine siblings. He completed a technical program with a focus on the service and restaurant industry, and upon completion, he found himself immersed within fine dining establishments within Italy, Germany, and Canada. Paolo met and married Daniela in Montreal in 1978 and she moved to Toronto shortly after, where they began their lives together. While in Toronto, Paolo and Daniela forged a very close friendship with Massimo and Elizabeth Tocco, and later their family

The birth of Sara and Cristian marked a truly joyous moment in his life, becoming a father, as he would reiterate time and time again, was a dream come true for him. Decades later, he would resolutely state that he did not need much in life, all he had to do was look to his children for a deep sense of happiness and fulfillment. What brought Paolo an immense amount of joy was the time he spent with his first grandchild, Chloe. The two of them, and Paolo’s dog Blanco, spent countless hours together. One of their favourite past times were long walks on Nose Hill Park. Paolo, like his son Cristian, was an avid soccer fan, and tuned in every weekend to watch his beloved AC Milan.

To know Paolo was to know a man who cared deeply for the people closest to him, the outdoors, animals, good food and wine. He had a penchant for cooking and many of his delicious meals brought a number of family and friends together over the course of his life.

A large part of his identity was linked to his Italian heritage, one that he wore with a badge of honour. For decades, he would visit his hometown over the summer, where he would become enveloped in nostalgia, reconnecting with the people he grew up with and his family. Particularly towards the end of his life, Paolo showed us the meaning of courage and unconditional love, and most importantly, he reminded us to be kind to those we loved. His is a profound loss that will be felt deeply.

A Celebration of Life and Vigil Prayer will be held at McInnis & Holloway (Chapel of The Bells, 2720 Centre Street North, Calgary, AB), on Sunday, November 6, 2022, at 2:00 p.m. Reception to follow in the Hospitality Centre at the Funeral Home. Family and friends who are unable to attend in person are invited to join Mr. Lorenzoni’s celebration streamed live (see below) on the day of the service. For those who are unable to view live, a recording of the service will be posted. Condolences, memories, and photos can also be shared and viewed here.

Share Your Memory of
Paolo
Upload Your Memory View All Memories
Be the first to upload a memory!
Share A Memory
Send Flowers