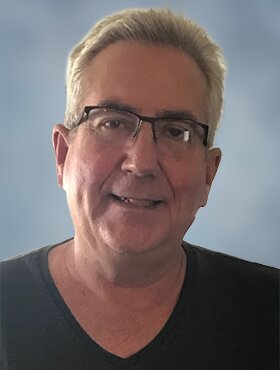 It is with great sadness that the family of Peter Mesluk announce his passing on Monday, October 31st, 2022 at the age of 64 in Calgary, Alberta.

Peter grew up in Prince Albert, Saskatchewan where he joined the City Police Service in 1978.  He retired as a Major Crimes Investigator in 2002.  Along the way he helped spearheaded a number of programs and initiatives including the very first Bike Patrol Unit.  Never one to remain idle, Peter followed his policing career with stints in Bylaw Enforcement, Security Supervision at Diavik Diamond Mine and Shoregold, and a Deputy Sheriff position before retiring once more as a Firearms Officer with the RCMP.

His entrepreneurial spirit found him involved in a number of successful business ventures over the years.  A self-professed “part-time gambler”, Peter was especially fond of horse racing (even part-owning three thoroughbred horses at one point).  “Win, Place, or Show” he took great pleasure in studying the race program and making his picks on and off-track.  Peter cherished summers spent at the family cabin in Waskesiu, logging many hours boating and fishing the lakes of the National Park.  Winter months were spent travelling to warmer destinations.  Peter especially loved Kauai.  No matter where his travels led, he was always happiest when surrounded by family and friends sharing laughter and good cheer.

“To make a longer story longer” is how Peter would comically preface many of his anecdotes; Sadly, his own story was cut far too short by illness. His memory, however, as a kind, generous, proud, and loving husband, father, grandfather, uncle, and friend will endure for all time.  He will be greatly missed by all.

He was predeceased by his parents George & Annie, in-laws Fred & Margaret Whitter, and brother-in-law, Don Bassett.

A private family memorial will be held at a later date.