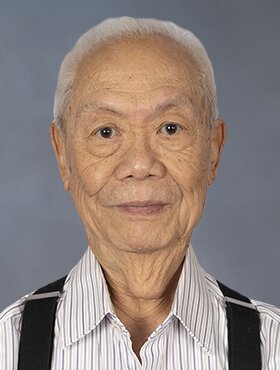 LEE, Koon Kee William (李觀麒) passed away peacefully on 2 November 2022, Wednesday, at the age of 92 years.

William was born on 30 Oct 1930 in Hong Kong.  He spent his childhood living in Prince Edward Road, Kowloon City.  He lived through World War II, and he studied at La Salle School.  Because he knew some English, he got a job at Wharf Halts in 1951.  He moved to company dormitory while he was working there.

William worked for Dodwell Shipping Limited since late 60’s, until he migrated to Canada in 1987.  He worked for various jobs in Edmonton.  Lastly, he retired in 2000.

William’s most favourite hobby was taking pictures & videos.  His favourite sport was Soccer and he enjoyed watching soccer games.

William was predeceased by his wife Vun Ching Pauline Chow-LEE.  William is survived by his son – Raymond Lee (李祖堯) & daughter (李婉君) – Frances Lee, together with their in-laws, Dione Yeung and Donny Yu.  Raymond is living in Hong Kong.  Frances is living in Calgary, Alberta.

Family and friends who are unable to attend in person are invited to join Mr. Lee’s service streamed live (see below link) on the day of the service.

For those who are unable to view live, a recording of the service will be posted.  Condolences, memories, and photos can also be shared and viewed here.

Share Your Memory of
William
Upload Your Memory View All Memories
Be the first to upload a memory!
Share A Memory