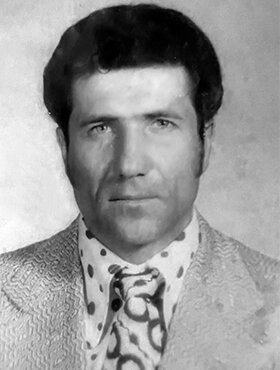 Ciro Marciano also known as Gino Marciano passed away peacefully with his family by his side on Friday, November 4, 2022, at 76 years of age.

Ciro is survived by his beloved wife Catherine Marciano, his three children, Patricia, Gina (Dean), and Francesco (Jennifer); his four grandchildren, Desiree, Cole, Brooklyn, and Blake; his stepdaughter Shannon, her daughter Vanessa, and his sister Adelina. Ciro was predeceased by his parents Concetta and Francesco Marciano, his brother Pellegrino, his sister Antonietta, and his grandchild Jamall Ciro Marciano.

Ciro Marciano was born in Avellino, Italy on September 17, 1946, and immigrated to Montreal, Quebec, with his mother, sister, and brother at the young age of 11. In 1967, he married Emma Marciano and together they shared their first-born Patricia, followed by Gina, and then Francesco. In 1977 he moved his family to Calgary, Alberta, to be closer to his brother Pellegrino and sister Adelina as family was one of his greatest joys. While in Calgary, he worked for reputable companies, like Borger Construction, until he eventually started his own business. He cherished and worked endlessly for Gino’s Landscaping and General Construction. To this day it continues to be owned and operated by his son Francesco Marciano. He was incredibly talented and highly respected in his field due to his knowledge, his expertise and his undeniable craftsmanship. Ciro was fiercely proud of his family, his business, his friendships, and his Italian heritage.

Ciro Marciano remarried in 1988 and was a loving husband to Catherine Marciano. Their devoted marriage spanned 34 years. Ciro was an immensely proud and passionate father to his children and took great pride in these relationships. He had many wonderful friendships and always enjoyed meeting with them, even for a cup of coffee and discussing old times. He enjoyed hunting, fishing, his sports car collection, and his gun collection. He loved his home and his yard that he built with his own hands. He had a true and deep love for his family. He instilled the importance of family traditions that will be carried on through generations in his honour. He will be greatly missed by many, and he will find comfort in joining his family in the heavenly skies above.

We would like to thank the medical team at Foothills Hospital ICU for the outmost care they provided at the time of his accident and for giving our father the opportunity of a second chance. We would also like to thank those that supported him and our family in his most challenging times. Most of all, we would like to thank our father for fighting as hard as he possibly could to overcome his injury and illness sustained. He puts the strength in our family name and will never be forgotten. May he forever Rest in Peace knowing his legacy will forever carry on.

A Memorial Service will be held at McInnis & Holloway (Fish Creek, 14441 Bannister Road SE, Calgary, AB) on Wednesday, November 16, 2022, at 2:00 p.m. Reception to follow in the Hospitality Centre at the Funeral Home. Condolences, memories, and photos may be shared and viewed here.

Share Your Memory of
Ciro
Upload Your Memory View All Memories
Be the first to upload a memory!
Share A Memory
Send Flowers