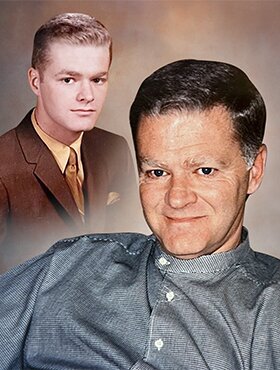 It is with heavy hearts that we announce the passing of Terry Baker on Tuesday, November 8, 2022, with his loving wife Diane Varey at his side.

Born in Victoria, BC on August 16, 1948, Terry was the eldest of four children, a true “big brother” to his siblings, a much-loved uncle to his nieces and nephews, and a loyal friend to all who knew him.

Terry’s strong values, his work ethic, and his faith served him well throughout his lifetime. His commitment to serving others informed his career choices and was the source of his special gift of watching out for other people, whether it be family members, friends, work colleagues, or fellow church members. He holds the record as the youngest police officer hired at the Calgary Police Department. For more than 20 years prior to his retirement, Terry was Manager of Occupational Health & Safety for the Federal Government, a career that brought him pride and the opportunity to travel widely across Canada. He was a longtime member of the Northmount Baptist Church, having spent several years on the Board of Directors. He also enjoyed his time as a member of the Board of Directors of his homeowners’ association.

A lifelong car aficionado, he loved driving and fondly recalled his many road trips, including a special Route 66 road trip in his Ford Mustang GT. He was known for the care he took to keep his home and gardens in perfect condition and spent many hours shoveling snow and landscaping for his neighbors. Terry also loved fishing and was an avid reader.

Terry’s family wishes to thank Dr. Sarah Bates for her compassionate care, as well as the other health professionals, neighbours, and friends who helped in a multitude of ways over the recent past.

Memorial Services will be held at Northmount Baptist Church (451 Northmount Drive NW, Calgary, AB), on Tuesday, November 15, 2022, at 1:00 p.m. Reception to follow in the Fellowship Hall. Family and friends who are unable to attend in person are invited to join Terry’s service streamed live on the day of the service at http://www.nbcchurch.ca/. Condolences, memories, and photos may be shared and viewed here.

In lieu of flowers if friends so desire, memorial tributes may be made directly to the Northmount Baptist Church, http://www.nbcchurch.ca/pages/giving, or to the A.L.S. Society of Alberta, 7874 – 10th Street N.E., Calgary, AB T2E 8W1, https://www.alsab.ca/donate.

Share Your Memory of
Terrence
Upload Your Memory View All Memories
Be the first to upload a memory!
Share A Memory