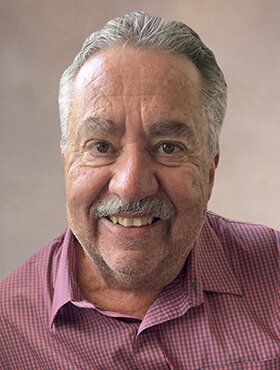 Born in Calgary, AB on April 5, 1950, the second of two sons to Philip and Hannah Griffiths, Tom was raised in Calgary and the surrounding Foothills area. After completing high school, Tom attended the University of Calgary, where he graduated with a Bachelor of Science degree. A proud Calgarian, Tom spent his 37-year career serving the City of Calgary in various roles. It was there that he met many of his lifelong friends, including the love of his life, Janet. Tom and Janet were married in Calgary in 1985, and soon afterwards started their family.

Tom accomplished much in his life. A dedicated husband, father, and friend, Tom enjoyed success in his career, and was beloved by all who knew him. Upon retirement, Tom spent much of his time caring for his family farm in the Foothills of Alberta. Tom loved to spend his summers camping with his family throughout western Canada. An avid reader, Tom also enjoyed working with his hands, and was often found building something around his home, in the yard, or at the family farm. Tom had a warm kindness for his feathered and furry companions too. Tom’s pride and joy though, were his grandsons, Oliver and Dawson Griffiths; nothing brought Tom more joy than watching his grandsons laugh and play.

In 2019, Tom was diagnosed with corticobasal degeneration, a rare neurodegenerative disease which progressively deteriorates movement and speech. Sadly, there is no known cause of, or cure for, corticobasal degeneration. With the exceptional love and support of his family, and particularly of his wife, Janet, Tom was fortunate enough to spend his final years in the comfort of his own home. Despite his condition, Tom displayed immense strength and courage to the very end. He was a fighter who managed to put a smile on everyone’s faces no matter how he might have been feeling.

Along with his loving wife, Janet Griffiths, Tom is survived by his three children, David Griffiths (Alexandra), Andrew Griffiths (Christy), and Elizabeth Griffiths (Zachary); and two grandchildren, Oliver and Dawson Griffiths. Tom is also survived by his brother, Robert Griffiths (Darlyne) of Nanaimo, BC, and by numerous and cherished in-laws, nieces, nephews, and friends.

Tom was predeceased by his parents, Philip and Hannah Griffiths (nee Davies); his aunt Blodwen Davies, and his uncle David Davies, all of whom emigrated from Wales in the United Kingdom to Calgary and the surrounding area.

Tom’s family wishes to express their sincere appreciation to Dr. Dawn Pearson at the Alberta Neurological Centre, who provided ongoing care and diagnosis throughout his condition. The family also extends a special thank you to his family doctor, Dr. Kristina Quan, who delivered excellent ongoing support to Tom and his family. Tom’s family sincerely thanks his personal caregiver, Sheeba Massey, who became just like a family member in a short time.

Click here to view the service folder for Tom Griffiths

Share Your Memory of
David (Tom)
Upload Your Memory View All Memories
Be the first to upload a memory!
Share A Memory
Send Flowers