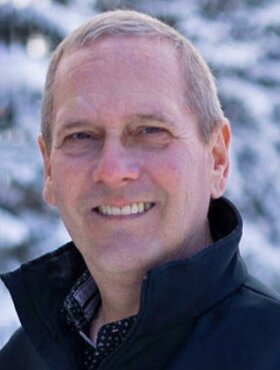 As the sun set on November 11th, Mike was welcomed into heaven and found freedom from his courageous fight against cancer. To say he is already incredibly missed is an understatement, but his memory lives on through his family and friends.

Mike was born on March 16, 1967, in Red Deer to Pius and Loretta Kohlman. His love of sports, music and business marked his earlier years as he spent his time playing for the local baseball and hockey teams, playing lead guitar in his band “Pegasus”, and receiving his Bachelor of Commerce degree from the University of Alberta. He tells fond stories of going on road trips with his friends and blaming his little sister for all the trouble they would cause.

In 1992, Mike married his soulmate Cari Ladell, and they were thrilled to welcome their daughter, Brittany, in 1998 and their son, Ryan, in 2002. Mike enjoyed a long career with Chrysler Finance and First Canadian Insurance. Over the years, both companies gave him the opportunity to connect and develop lasting relationships with incredible people, all while doing what he loved. In addition, he also owned and operated his own businesses, “Brenko”, “Tay Holdings” and “After Hours Painting”, with a few of his closest friends.

Above all else, Mike put his family first. Everything in his life centred around the value and love he held for Cari and their kids. He had many passions including fishing, football, camping, business and finance, music, travel, food, and his faith just to name a few. But none of these passions he kept to himself. Being intentional to share his life with those he loved, he would plan ways to bless those around him, and he “always had something to look forward to”. It could have been as simple as a lunch date with Brittany or Ryan, as rowdy as a football weekend away with his buddies, or as extravagant as the next family vacation to Mexico - in everything, he selflessly gave his all to blessing and loving those in his life.

In June of 2019, Mike bought his dream fishing boat which gave him an amazing few summers filled with peace and solitude, or silly laughter and banter, depending on who was with him on the water that day.

Mike poured all he had into those around him, and that became most evident when he received his diagnosis in early 2020. The amazing community of TeamMike that gathered around and supported Mike and the family over the past few years gave us a snapshot of how wholeheartedly he valued his relationships, and how many lives he will leave a lasting impression on.

Even toward the end, Mike always modelled patience, kindness and gratitude in every way. With heavy hearts, we lay down our plans and dreams for a future where Mike is with us. But to those who had the privilege of knowing him, he leaves a legacy of compassion and determination that will be carried on and honoured in how we remember him and in how we choose to include him in our lives from here.

Along with his wife, Cari, Mike is survived by his children, Brittany and Ryan, and their puppy, Lexi. Mike is also survived by his mother, Loretta; and his sister, Renee (Eldon) Wilkins; his mother-in-law, Iris Ladell; sister-in-law, Kristen England; as well as numerous nieces and nephews, cousins, aunts and uncles, and friends.

Mike was predeceased by his father, Pius Kohlman; and father-in-law, Brian Ladell.

In lieu of flowers, tax deductible donations may be made towards Brittany’s ongoing Christian mission work in Australia and Papua New Guinea by following this link:

Share Your Memory of
Mike
Upload Your Memory View All Memories
Be the first to upload a memory!
Share A Memory
Send Flowers