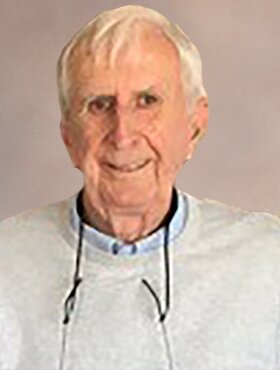 It is with great sadness that we announce the passing of Grant McMurchy Campbell on Wednesday, November 16, 2022 in Calgary, AB.

Grant was born in Alida, SK on July 27, 1938. Grant’s family moved from the farm and into Regina when he was a teenager. Grant met Irene in Regina at the Capitol Theatre where she was an usher and he worked on the marquee. They both attended Regina College for a year, then transferred to the University of Saskatchewan. Grant graduated in 1962 with BSc in Mechanical engineering and a diploma in Business Administration.

In 1993 Grant and Irene made Calgary their home. Grant enjoyed golfing, curling, walking, watching sports, and socializing with friends and family. He had a lifelong thirst for knowledge and spent many hours reading the newspaper, working on crossword puzzles, and following the stock market. Grant’s sense of humor combined with his life of adventure made for great stories that will be missed by all that knew him.

A Service will be held at a later date. Condolences, memories, and photos can also be shared and viewed here. If friends so desire, memorial tributes may be made directly to the Salvation Army, 1731 29th Street SW Calgary, AB, T3C 1M6, online at www.salvationarmy.ca, or by phone 403-410-1112.

Share Your Memory of
Grant
Upload Your Memory View All Memories
Be the first to upload a memory!
Share A Memory