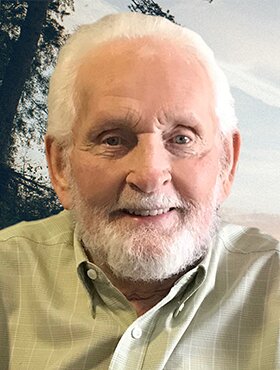 Wolfgang “Wolf” Mertens, passed away peacefully at Staywell Manor in Calgary, Alberta on Sunday, November 20, 2022 at the age of 91 years.

Wolf was born in Eringerfeld, Germany on December 31, 1930. He immigrated to Canada in 1951. He married the love of his life, Rosemarie, in 1958 and welcomed their only child, Patricia in 1959. In 1961, Rosemarie and Patricia also immigrated to Canada from Germany. After various odd jobs, Wolf started working on the oil rigs and stayed in the “oil patch” for over 40 years. His work took him to various countries including Norway where he lived with his family for ten years before finally returning to Canada in 1977.

Wolf was well read. He loved history, discussing current events and was an avid gardener. Many will remember him for his entertaining and interesting stories about working on the rigs. Wolf was proud of his family, especially his two grandchildren, Katrina and Travis.

As per Wolf’s request, there will be no memorial service. Condolences, memories, and photos may be shared and viewed here.

Share Your Memory of
Wolfgang
Upload Your Memory View All Memories
Be the first to upload a memory!
Share A Memory
Send Flowers