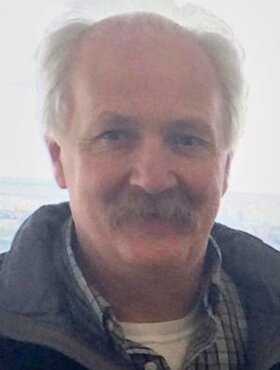 Bradley Gordon Johnson, beloved husband of Cindy Johnson, passed away peacefully on Sunday, November 20, 2022 at the age of 63 years.

Brad was born in Calgary, AB on March 16, 1959, to Ronald and Mona Johnson. He graduated from Viscount Bennett Senior High School in 1977. Brad then went on to complete a four-year apprenticeship program at SAIT, where he received his mechanics license.

Brad has many passions in life, including his love for his family, hockey, golfing, and working in parts and being a mechanic. Brad was so looking forward to his retirement, spending more time with his family, and enjoying his golden years with Cindy.

Besides his loving wife, Brad is survived by his father Ronald; sons, Matt (Ellyse) and Lucas (Amy); stepchildren, Meagan (Steve) and Ron (Julie); five grandchildren; and his three siblings, Ron, Suzanne, and Pattie and their spouses. Brad was predeceased by his mother Mona, and his late wife Shelley.

A Celebration of Life will be held at McInnis & Holloway (Park Memorial, 5008 Elbow Drive SW, Calgary, AB) on Friday, December 2, 2022 at 2:00 p.m. Condolences, memories, and photos can also be shared and viewed here.

Share Your Memory of
Brad
Upload Your Memory View All Memories
Be the first to upload a memory!
Share A Memory
Send Flowers