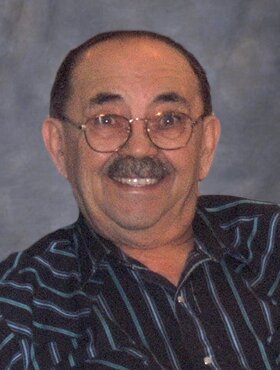 Leslie Papp, beloved husband of the late Bonnie Louise Papp (nee Staples), of Calgary, AB, passed away on Thursday, December 1, 2022 at the age of 85 years.

Leslie was born in Budapest, Hungary, on August 24, 1937, and came to Canada in 1956. He married the love of his life, Bonnie Papp, on April 24, 1964, in Calgary, AB, and together they started building a life, raising their two children, Liz and Rick. Leslie worked as a millwright in the oil & gas industry for many years and proved himself to be a skilled tradesperson.

Leslie accomplished much throughout his life but was particularly proud of his family and grandchildren. Leslie enjoyed a passion for building, millwork, welding, cars and being at the Cabin.  He will be most remembered for his love of his family and his crazy sense of humor.

In honour of Leslie’s wishes, there will only be a small family gathering held. Condolences, memories, and photos can also be shared and viewed here. If friends so desire, memorial tributes may be made directly to Parachutes for Pets at www.canadahelps.org/en/charities/parachutes-for-pets.

Share Your Memory of
Leslie
Upload Your Memory View All Memories
Be the first to upload a memory!
Share A Memory