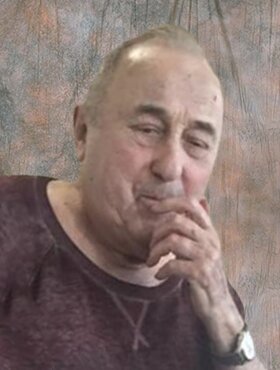 Robert Mungar of Calgary, AB, passed away peacefully at his home on Friday, December 2, 2022, at the age of 87 years.

Robert was born in Lambeth, ON, on November 17, 1935. He moved to Calgary in the 70s, where he worked doing pest control and then as security and a shuttle driver for Best Western Hotels. In his younger years, he worked long, hard hours as a dairy farmer.

Robert is survived by his daughter, Carol Mungar (Gerald,) of Calgary, AB; his stepdaughter, Jan Tucker (Allen) of Texas, USA; and his stepson Darrell of London, ON; his ten grandchildren, Nicole, Brian, Joshua, Matthew, Kimberley, Leah, Greg, William, Kevin and Peyton; his fourteen great-grandchildren; as well as his sister-in-law, Jenny (Bruce) and niece, Corrina.

He was predeceased by his wife Jean; his parents, Clarence and Kathleen Mungar; as well as his brothers Raymond and Bruce.

Share Your Memory of
Robert
Upload Your Memory View All Memories
Be the first to upload a memory!
Share A Memory