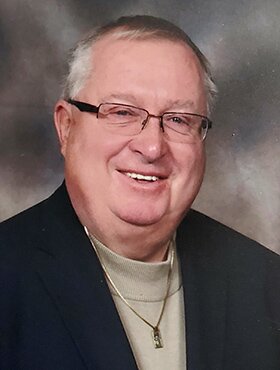 It is with great sadness that we announce the passing of Ed Surowski, beloved husband of Patricia (nee Poland), of Cochrane, AB. He passed away on Wednesday, December 7, 2022, after a lengthy illness at the age of 79 years.

Ed was born and raised in Calgary and attended St. Mary’s Boys high school and completed a two-year program at SAIT. He worked for various architecture firms throughout his life and eventually started his own company, E&P Enterprises.

He was an active of member of St. Mary’s church in Cochrane, involved with the Knights of Columbus, ushering, and the choir.

One of Ed’s passions was golf, he enjoyed marshaling at the Cochrane golf course and even managed two "hole-in-ones" in his lifetime!

Ed will be most remembered for his infectious energy and his quick wit! He was the life of the party and known for his jokes.

The family would like to thank the Doctors, Nurses, and Support staff in the Emergency rooms and Units at the Foothills and Rockyview Hospitals in Calgary and the Urgent Care Center in Cochrane. A mass will be held at St Mary's Church in Cochrane at 11:00 am, on January 4, 2023, reception to follow.