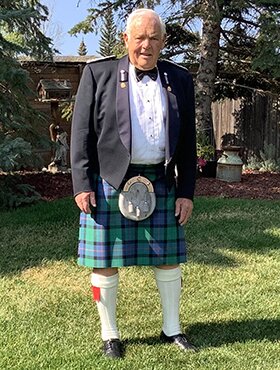 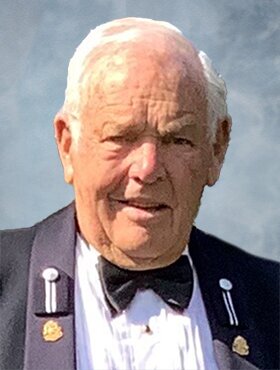 Timothy Lynn, beloved husband, father, grandfather, and great-grandfather, passed away on Tuesday, December 13, 2022, at the age of 83 years.

Tim began his police career in Cardston Alberta in 1961 and moved to Calgary to join the Calgary Police Service in 1962. He walked the beat and was proud to care for the citizens of Calgary as a constable. He progressed in his career in various units including the Downtown District, General Investigations and Robbery and retired at the S/Sgt level. He was particularly proud of heading the Robbery Unit and was highly regarded for his expertise in that area. He investigated several high-profile cases with successful outcomes.

Following his retirement in 1988, Tim worked for Calgary CO-OP as Director of Loss Prevention for several years before starting his own security and loss prevention company, Advantage Loss Prevention Services (ALPS), which he actively led until he transferred ownership to his son, Paul, in 2020.

Tim loved sports. He played, coached, and watched a variety of sports, but his favorite was always rugby. He played his last rugby game on his 60th birthday with his sons Sean and Paul, and his grandson TJ.

He spent many hours BBQing, cooking, baking, and sharing his delicious creations. Above all else he truly loved hosting family and friends on his back deck. His favorite toast to his family was “If you ain’t got family, you ain’t got nothing!”

He generously volunteered his time to the community in many ways including, feeding the hungry, driving seniors to appointments and was an active member of the Calgary Police Veterans Association.

Tim is also survived by his brother, Jim Lynn (Julia) and family from Yellowknife; sister Peggy Kemble of Toronto, and family; his brother-in-law, Duane (Betty) of Cochrane and family; as well as numerous nieces, nephews, cousins, and friends. He was predeceased by his brothers, John and Michael, and by his parents James and Lucille Lynn.

The family would like to express our sincere appreciation to Dr. Hunter and the nursing staff at the Peter Lougheed Emergency unit for their compassion and care.

Funeral Mass will be celebrated at St. Peter’s Catholic Church (541 Silvergrove Drive N.W., Calgary, AB) on Thursday, January 5, 2023 at 11:00 a.m. Family and friends who are unable to attend in person are invited to join Mr. Lynn’s service streamed live on the day of the service at https://st-peters.ca/private-event/. For those who are unable to view live, a recording of the service will be posted. Condolences, memories, and photos can also be shared and viewed here.

In lieu of flowers, a donation to a local charity of your choice in his name would be appreciated.

Share Your Memory of
Timothy
Upload Your Memory View All Memories
Be the first to upload a memory!
Share A Memory
Send Flowers