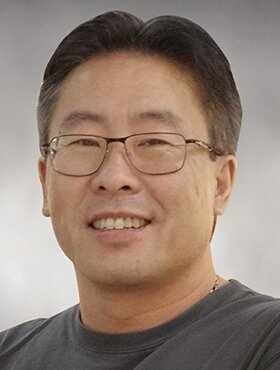 Danny was born in Hong Kong, China on April 6, 1964. When he was 5 years old, he moved to Canada with his mother and other siblings, to join his father and grandparents in Calgary, Alberta.

Danny graduated from Southern Alberta Institute of Technology with a degree in Architecture. He worked for the Woods Parker Architects for about a year before his departure due to the health issues.

Danny love traveling, skiing, and music. Danny’s most memorable vacation was when traveled to Beijing, Xian, and Shanghai China with his wife and two sons in 2010.

Despite having many health issues since he was a young man, Danny was never one to complain or feel bad for himself. He was always very positive and enjoyed life to the fullest. He was a caring and humble man and will be most remembered for his kindness and smile.

Besides his loving wife Pian “Guo X. Ma”, Danny is survived by his sons, Nathan and Brendan, his brother Victor, his sisters, Jane Leo (John Leo) and Lynn Leong; and his mother Yee Chueng Leong all of Calgary. He will also be deeply missed by many extended family members, including numerous nieces, nephews, cousins, and numerous friends.

Danny is also survived by his sisters-in-law, Guo Zhen Ma (Dong Ma), of China and Guo Lian Ma (Tim Li), of Calgary, as well as his mother and father-in-law, Yu Cui Xie and Jin Wo Ma, of Calgary. Danny was predeceased by his father Henry Leong.

Share Your Memory of
Danny
Upload Your Memory View All Memories
Be the first to upload a memory!
Share A Memory
Send Flowers