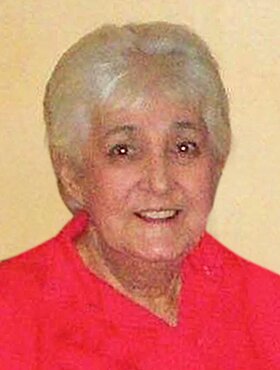 Marjorie Thompson (nee Dunn), beloved wife of Lawrence Thompson, of Calgary, AB, passed away on Monday, December 19, 2022, at the age of 82 years.

Marjorie was born at home near Portage la Prairie, Manitoba, on August 23, 1940. She grew up in rural Manitoba until she met Larry, moved to Nova Scotia, and married him in 1964. She remained in Nova Scotia while Larry served in the Royal Canadian Air Force. In 1968, the family moved back to Winnipeg, Manitoba, where her daughter Shannon was born. In 1971, the family moved to Gimli where Marjorie discovered a passion for Geriatric Health Care, obtaining her LPN, and working at St. Benedict’s and Betel. Her favorite recreational activities at the time were making friends and playing bingo. In 1981 she left Gimli, Manitoba, for Calgary, Alberta, to be near her grandchildren. She has remained in Calgary until the present.

She will be very much remembered for her radiant personality and wonderful sense of humour. Marjorie’s favourite poem was “Footprints in the Sand”.

Marjorie is also survived by her brother Russell Dunn and sister Mildred Martin, both of Winnipeg. She was predeceased by her sister Theresa Irvine of Edmonton.

A Celebration of Marjorie’s Life will be held at McInnis & Holloway (Chapel of The Bells, 2720 Centre Street North, Calgary, AB), on Monday, January 16, 2023, at 2:00 p.m. Reception to follow in the Hospitality Centre at the Funeral Home. Family and friends who are unable to attend in person are invited to join Marjorie’s service streamed live (see below) on the day of the service. For those who are unable to view live, a recording of the service will be posted. Condolences, memories and photos can also be shared and viewed here.

Share Your Memory of
Marjorie
Upload Your Memory View All Memories
Be the first to upload a memory!
Share A Memory
Send Flowers