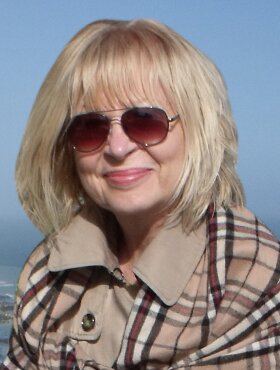 Raissa Grace Chelsom, cherished wife of Roy Chelsom of Calgary, AB, graduated on Saturday, December 24, 2022 at the age of 75 years. Her eternity is anchored in the glorious power, certainty and grace of the death and resurrection of her Lord Jesus Christ.

She immigrated to Canada in 1949 without knowing any English but she survived and then thrived. Honour roll, beauty queen and debater. Her natural strength of character, courage and sense of justice enabled her to forge her own independent example of compassion, loyalty and integrity. Raissa graduated from the University of Saskatchewan with a degree in Pharmacy. She became one of the first Clinical Pharmacists in Canada.

Raissa married Roy on December 6, 1969. Roy says he got lucky and she had a weak moment. They arrived in Hawaii on their honeymoon on the anniversary of Pearl Harbor. She was a wife, lover, mother, homemaker, partner, friend and fellow builder and adventurer. She faithfully supported and encouraged Roy’s career journey and made their travels to London, Paris, Rome, Florence, Venice, Frankfurt, Hanoi, Saigon, Manila, Kuala Lumpur and Kuwait more special by just being there.

A Celebration service and reception will be held on Friday, January 27, 2023 at 2:00 p.m. at McInnis & Holloway (Park Memorial, 5008 Elbow Drive SW, Calgary, AB). Condolences, memories, and photos can also be shared and viewed here.

If friends so desire donations to the Leukemia and Lymphoma Society would be preferred rather than flowers.

Share Your Memory of
Raissa
Upload Your Memory View All Memories
Be the first to upload a memory!
Share A Memory