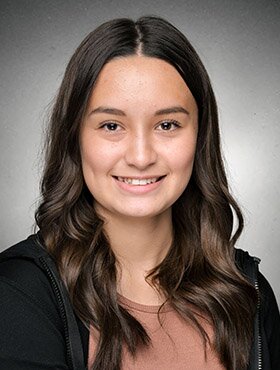 Ellamai attended Grade 11 at the Kelowna Secondary School (Ecole Secondaire), where her favourite subject was mixed martial arts. However, she is most known for chatting and giggling in class with her classmates. She was a hard worker and worked at Lakefront Sports in Kelowna when she could.

Ellamai enjoyed hanging out with friends and going out to eat. During the beautiful Kelowna summers, she could be found cruising around Okanagan Lake with family and friends.

Living in such an idyllic setting, Ellamai did not need to venture far for memorable vacations. Her favourite vacations included just floating down the river with family and friends. She will be most remembered for her generous, loving, caring and funny personality.

Besides her loving parents, Francois and Vilayvanh, Ellamai is survived by her sister, Maybellene, who reside in Kelowna, British Columbia; maternal grandparents, Khamphay (Peter) and Phonethip; and paternal grandmother Yvonne, who all reside in Calgary, Alberta

Ellamai is also survived by maternal aunt and uncle, Daruny (Dannie) and Tyler of Calgary, Alberta; as well as numerous grandparents, aunts, uncles, cousins, and friends.

Funeral Services will be held at McInnis & Holloway (Deerfoot South, 12281 – 40th Street SE, Calgary, AB) on Sunday, January 8, 2023, at 10:00 a.m. Family and friends who are unable to attend in person are invited to join Miss St. Onge’s service streamed live (see below) on the day of the service. For those who are unable to view live, a recording of the service will be posted. Condolences, memories, and photos can also be shared and viewed here.

Share Your Memory of
Ellamai
Upload Your Memory View All Memories
Be the first to upload a memory!
Share A Memory
Send Flowers