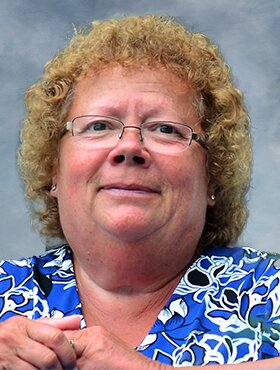 Mona was born on December 8, 1956 and raised in Somerset, Manitoba. She moved to St. Boniface, Manitoba, in 1964. Later moved to Calgary, Alberta in 1977 to further her career in the oil and gas industry, employed as Administration.

Through all her Manitoban friends in Calgary during the boom days, she met her soon to be husband, Roger. Mona married Roger October 3, 1981 and started a family in Airdrie, AB.

Mona was very involved with volunteering at her children’s school. Her career path led her to caregiver, cook, cake decorator and baker. She accomplished much through her life and was particularly proud of the Muriel Clayton Elementary School ‘Clipper Cuisine’ fundraiser cookbook. She was team lead of organizing and publishing it in 1992. Up until recently she still had copies and gave them away to new friends. Page 52 of the cookbook never disappoints!

Mona enjoyed camping and outdoors, waiting in anticipation for the next hummingbird sighting. She had a passion for cooking and baking. She was the ‘hostess with the mostest’ when it came to holiday gatherings and feeling welcome in her home.

Mona’s most memorable vacation was when she travelled to Europe with Roger, to visit friends in London, England. Also, the numerous trips to ‘D’Carlin’, Mexico. She will be most remembered for her kindness, generosity, and accepting of everyone.

Besides her loving husband Roger, Mona is survived by her daughter Nicole of Calgary, AB; her son, Tyler (Kyria), and grandchildren, Lincoln and Maddex of Edmonton, AB. Mona is also survived by her brother and sister-in-law, Bryan (Gisele) Cadoreth of Winnipeg, Manitoba, as well as numerous nieces, nephews, cousins, and friends. Mona was predeceased by parents, Roger Cadoreth and Yvonne Landreville.

A graveside service will be held in spring 2023 at the Airdrie Cemetery. Date to be announced. Condolences, memories, and photos may be shared and viewed here.

Share Your Memory of
Mona
Upload Your Memory View All Memories
Be the first to upload a memory!
Share A Memory
Send Flowers