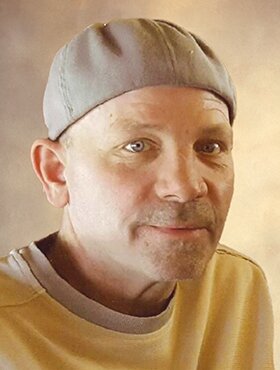 Peter James Pellan passed away peacefully on Monday, January 2, 2023, at the age of 58.

Peter was born in St. Boniface, Manitoba on Friday, March 13, 1964. From Winnipeg, his family transferred to Saskatoon before a final move to Calgary where he resided for the last 50 years.

Peter attended St. Boniface Elementary, St. Bonaventure Jr. High and Bishop Grandin High School. In 1982, he studied at SAIT and in 1985 received his Journeyman Plumbing and Gas Fitting Tickets and was a Red Seal Plumber and Gas Fitter Interprovincial Canada. After working for his father at Magnum Mechanical, he went on to start his own business, H2O & Drain and in 2016 formed MTS Plumbing & Gas. Pete was always regarded as an excellent, meticulous plumber/gas fitter and took pride in his workmanship.

Pete enjoyed fishing, his proudest catch being the marlin that he caught while deep sea fishing with his dad Wayne, and brother Joe, in Hawaii August 1983. That taxidermized fish followed him through every move he ever made, which was a feat as it is over 8' long!

Pete also enjoyed music and playing his guitar. He was able to learn songs by ear, much to the chagrin of Joe who had taken lessons and after playing for nine years, still couldn’t play as well as Pete did after six months. Anybody who knew Pete knew what a great sense of humour he had. He was quick-witted with responses that always made us laugh. He had sayings like "off the coif" (no touching his hair), "oh my eye" and "funnier n' 10 bears". Then there was "hungrier n' 10 bears" and soon enough everything became something... "n' 10 bears"!

Above all else, Pete was kind, thoughtful, loving, and generous to a fault. He was respectful, talented and had an artistic eye.

Peter was predeceased by his father and mother, Wayne and Connie Pellan, with whom he will be laid to rest.

A Celebration of Peter's Life will be held Saturday, January 21, 2023. For further details, please contact the family at pjpellan64@gmail.com. Condolences, memories, and photos may be shared and viewed at www.McInnisandHolloway.com.