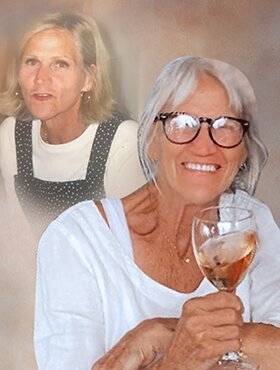 Lillian McGrath (nee Kaduk), beloved wife of William "Bill" McGrath, of Calgary, AB, passed away on Tuesday, January 3, 2023 at the age of 76 years.

Lillian was born in Hamilton, ON, her family home was in the city’s north end, a district known for having a very well to do and a far less prosperous neighbourhood. Lillian’s family lived in the latter area; her childhood was a hard scrabble one. Very early in life she learned the necessity of hard effort and pulling together to sustain family life. She left school at the end of grade nine, not to return until years later. She attended the five-year Ontario Secondary School system and earned her grade thirteen credits. Lillian’s work life was spent in the food service industry. She had positive memories of her experiences managing restaurants across several cities, but cited her time at St. John’s, Duckworth Café, as the most memorable. Lillian married Bill McGrath on September 16, 1968, staying one-good step-ahead of him throughout their 54 years together. Pursuit of educational and employment opportunities took them from Hamilton to Ottawa, Halifax, and St. John’s, NFLD, where they lived for thirty years. Their daughter Tanya and son Sean were raised there. Lillian excelled in motherhood, just as she did in all aspects of her life.

A long-time member of the YMCA, she participated in weight training, running and cardio workout classes for decades. Hiking Canada’s East Coast Trail was another strongly enjoyed activity. Lillian’s vitality and energy set her apart throughout her life. She enjoyed travel and visiting large cities, such as New York, Amsterdam, and Chicago, but her favourite vacation spot was Sandpoint, Idaho, where she enjoyed relaxation time with family. Solving Sudoku puzzles was a daily activity throughout Lillian’s retirement years.

Above all, Lillian was devoted to family. The decade from 2005 to 2015 was one of the most important, fulfilling periods of her life. Providing homecare for her grandchildren, Kalem, Sam and Lillianna, while their parents worked was a much-appreciated contribution to the family’s overall well-being. Love for her children and grandchildren was demonstrated, not through declarations or attention-grabbing statements, but through daily acts and care.

Life for the McGrath and Browne families is forever altered. We are left bereft.

Besides her loving husband Bill McGrath, Lillian is survived by her daughter and son-in-law, Tanya and Shawn Browne of Calgary, AB; son and daughter-in-law, Sean and Kerri McGrath of Calgary, AB; and three grandchildren, Kalem McGrath, Samuel Browne, and Lillianna Browne.

Lillian was predeceased by her parents, Michael and Lillian Kaduk, sisters, Mary, Margaret, and Shirley; and brothers, Bill Kaduk and Fred Kaduk.