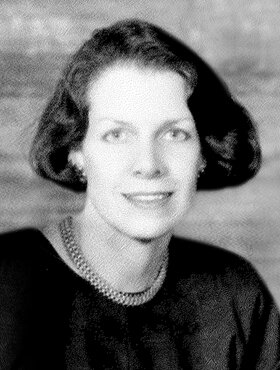 Fern, who passed away on Thursday, January 12, 2023 was born to farming Norwegian parents, Len and Helen Gronsdahl, near Wadena, Sask. The family then moved to Wadena where Fern, the eldest of three daughters, completed all of her schooling. Fern then enrolled in the nursing program of Saskatoon City Hospital from which she graduated as a registered nurse. She then improved her RN by attending the University of Saskatchewan in Saskatoon, which permitted her to quickly become a Head nurse and nursing supervisor at what was then referred to as the University Hospital located on the U of S Campus. It was during her nursing career in Saskatoon that she met her future lifelong husband, Lorne, who was attending the Law School of the University of Saskatchewan. Prior to Lorne’s graduation in 1959, it was agreed that they would move to Calgary where Lorne, in response to the urging of several classmates, decided to do his articles. Although Fern also did some nursing in Calgary and became a Head nurse at the Calgary General Hospital, nursing was interrupted by the birth of three children, namely, John, Carla and Tyler.

Being a member of the Glencoe Club and Glencoe Golf Club, she enjoyed the activities provided, but decided to give those up and enjoy her children, grandchildren, exquisite home, yard and flower garden that she tended to daily. These remained her focus until her death. A major setback, however, was the death of her daughter, Carla, in 1981, which loss impacted her until her death, but was, for the most part, overcome by her much loved three grandchildren, which she encouraged and adored as part of her love, care and dedication to her entire family.

Fern is survived by her husband, Lorne, son Tyler (Marnie) and son, John, who is the father of Jeffrey, Scott and Jennifer. She is also survived by her sister, Wayne, and extended family. She was also predeceased by her daughter-in-law, Cori.

In accordance with Fern’s wishes, cremation has taken place, and there will be no funeral, but small family gatherings will celebrate her life and put her ashes to rest. Condolences, memories, and photos can also be shared and viewed here.

Share Your Memory of
Fern
Upload Your Memory View All Memories
Be the first to upload a memory!
Share A Memory
Send Flowers