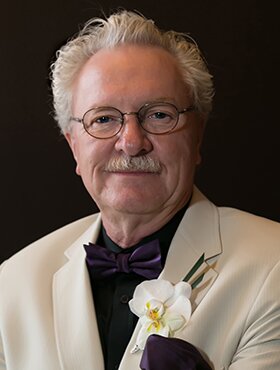 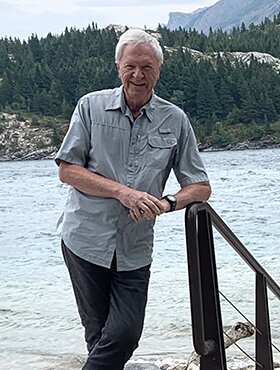 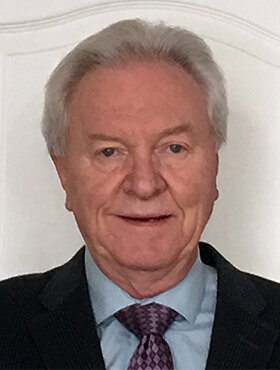 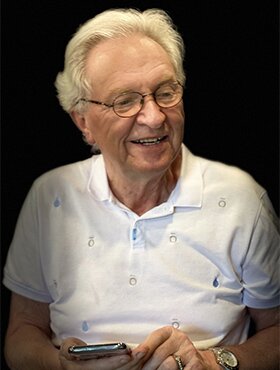 George Gallus Rafael, beloved husband of Joni Bradley, passed away on Saturday, January 14, 2023, at the age of 77 years.

George was born in Budapest, Hungary, just before the end of World War II. When he was 11 years old, his family escaped from Hungary during the Uprising there and fled to Canada via Austria. They arrived in Montreal on Christmas Day in 1956, in the middle of the biggest snowstorm they had ever seen. George’s parents soon found employment with an established Hungarian Canadian family, and George was sent to Collège Jean-de-Brébeuf to begin his Canadian schooling. A lively boy with a quick mind, George soon learned to speak both French and English in addition to his native Hungarian.

In 1964, George began his studies at Concordia University in Montreal, fitting in night classes after a full day of work. He completed his Bachelor of Commerce with Honours in 1976.

In 1969, George married Janet Smith. While working full time for Bell Canada and attending night classes at Concordia University, George and Janet welcomed two sons and in 1978, the young family moved to Calgary. An active community volunteer, George was a Boy Scout Leader and participated in many fund-raising golf tournaments for various causes. He was also very involved as a sponsor in the hockey community, raising money for the Calgary Flames Charities and the Calgary Royals AAA hockey teams. George was proud to volunteer as a time keeper for the 1988 Olympics in Calgary. Every year in August, the family would holiday in Florida where they made many life-long friends.

After moving to Calgary, George first worked for CN Rail designing a logistics system to track cargo. After gaining experience there, he took a position as an IT specialist at Dome Petroleum, followed by positions in various consulting companies. The oil industry offered George world-wide opportunities. He traveled globally with his work, spending time in French West Africa, Barbados, Thailand, and many Canadian provinces. In his later career, George was a mentor and consultant, working for fourteen years through Gilmour & Associates to implement SAP solutions in enterprise-scale companies. For the last four years, George was COO at SecuSolutions, developing products that help companies protect against and combat cyber attacks.

As a lifelong amateur athlete, George lived an active life and enjoyed swimming, skiing, golf, racquetball, and 5-pin bowling. Everyone who knew George also knows that he came with a pantheon of jokes, many of them off-colour! You could always count on George to get people laughing, or at least rolling their eyes. George was also an avid chess player, with a strategic mind that enjoyed a challenge.

After sadly losing his first wife to cancer, George was very fortunate to find love a second time with Joni. Married in 2012, they enjoyed ten full years of work, travel, family time, and dinner parties. George loved to entertain his friends, especially when he could cook for them.  Chateaubriand and prime rib were his favourite dishes to serve to guests.

A devoted family man, George took extra special care of his mother, took great pride in his children’s accomplishments, and loved spending time with his grandchildren. He knew exactly how to load up the refrigerator before any visit by young family members.

A Celebration of George’s Life will be held at McInnis & Holloway Crowfoot Chapel (82 Crowfoot Circle N.W., Calgary, AB) on Friday, January 20, 2023, at 10:00 a.m. Reception to follow in the Hospitality Centre at the Funeral Home. Family and friends who are unable to attend in person are invited to join Mr. Rafael’s service streamed live (see below) on the day of the service. For those who are unable to view live, a recording of the service will be posted. Condolences, memories and photos can also be shared and viewed here.