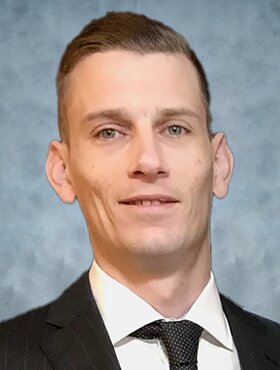 Todd Sullivan son of Kelly Arsenault and Mike Sullivan, passed away on Sunday, January 15, 2023, at the age of 35 years.

Todd was born and raised in Calgary, AB and over his 35 short years has touched the lives of so many. In his younger years Todd was involved in many activities. He was a natural athlete and seemed to excel in whatever he tried. His love of skiing became quickly evident at a very early age and that excitement pushed him to consistently be one of the top ski racing competitors. His determination was evident   as you watched him totally immerse himself into what was important to him. When he joined the Alberta Carpenters and Allied Workers Union and started learning about the scaffolding trade, he knew this was what he was meant to do. He threw himself into learning as much as he could placing him at the top of his class once again. Todd knew he had found his brothers in this trade. He was a skilled tradesman with a talent for making difficult tasks seem easy and was always prepared to help others. He will be forever remembered for his kind and gentle soul , his dry sense of humor, charm, loyalty and  integrity.

Todd is survived by his mother Kelly (Kevin), father Mike (Trina), brother Sean (Irene), stepsister Jayna, girlfriend Miranda, and many extended family and friends in Calgary, BC, and the Maritimes.

A Celebration of Life will be held on Tuesday, January 24, 2023, at 2:00 p.m. Reception to follow in the Hospitality Centre at the Funeral Home. Family and friends who are unable to attend in person are invited to join Mr. Sullivan's service streamed live (see below) on the day of the service. For those who are unable to view live, a recording of the service will be posted.

Thank you for joining us for the live streaming of this event.

Share Your Memory of
Todd
Upload Your Memory View All Memories
Be the first to upload a memory!
Share A Memory
Send Flowers