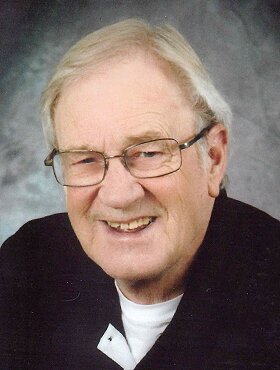 John Walker, beloved husband, father and grandfather, passed away on Friday, January 20, 2023, at the age of 79 years.

John was born in Glasgow, Scotland and studied at the University of Glasgow, graduating with a Master’s Degree in Geophysics.  He moved to Canada with his wife Margaret in 1968.  He spent his entire 37 year career with Imperial Oil working in various exploration roles.

John accomplished much through his life and was particularly proud of his family, especially his grandchildren. He was a proud member of the 78th Fraser Highlanders as well as a founding member of Schiehallion Scottish Heritage Society.

John enjoyed curling and soccer. He was pleased to see both his children and grandchildren pursue these sports too.  Summers were spent in Qualicum Beach, BC with his family.  Nothing was better than a good meal followed by watching the sun setting from the boardwalk.   Of course, a wee dram would never go amiss.

John is survived by his son Doug (Lisa) of Calgary, AB, daughter Shona (Brad) of Lethbridge, AB, and four grandchildren, Tegan, Gillian “Grae”, Hannah “Alex”, and Scott. He is also survived by his brother Andrew (Linda). John was predeceased by his wife Margaret.

The family would like to thank the wonderful staff at the Foothills Medical Centre.

In lieu of flowers, if friends so desire, memorial donations can be made directly to the Cochrane Humane Society, https://www.cochranehumane.ca/, 62 Griffin Industrial Point Cochrane, AB T4C 0A3, (403) 932-2072. Condolences, memories and photos can also be shared and viewed here.