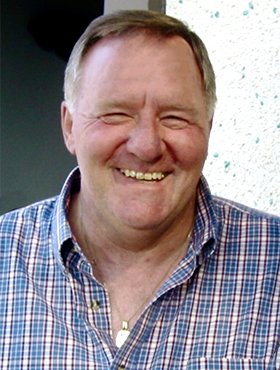 Gordon Bratke beloved husband of Evelyn Bratke (nee Wall) of Calgary, AB passed away on October 7, 2019 at the age of 77 years.

Gordon was born in Edmonton, Alberta on November 2, 1941. He was raised in Morin, AB and later spent time in Vermilion, Ponoka and Calgary.

He joined the Armed forces in 1959; where he met the love of his life, Evelyn in 1961, marrying two years later while they were stationed in the Seven Iles, QC. He was a member of the Masons, Glenbow Lodge number 184, the Royal Canadian Legion, and The Shriners. Gordon was a passionate golfer and wood worker. He also loved travelling with Evelyn.

Besides his loving wife Evelyn, Gordon is survived by his two sons and daughters-in-law, Michael and Claudia, and Steven and Cindy; two grandsons, Cody and Rick; and one great-granddaughter Judith. Gordon is also survived by his brother and sister-in-law, Keith and Carol Bratke; and sister and brother-in-law, Barbara and Earl Stinson.

Gordon was predeceased by his parents, Herman and Fanny Bratke.

Condolences may be forwarded through www.McInnisandHolloway.com.