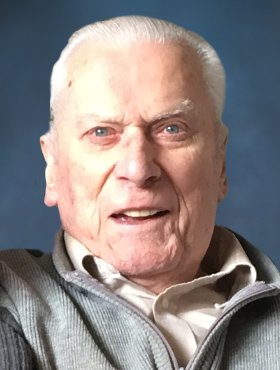 Martin Zevenhuizen of Calgary, AB passed away on Tuesday, October 8, 2019 at the age of 94 years.

Martin and Petronella immigrated to Canada in May, 1963. He was a carpenter in Calgary and was employed by a few construction companies throughout the years. Martin loved to teach his grandchildren his craft. He will be remembered for his dry sense of humour and a twinkle in his eye. Martin and Petronella had been very involved in Grace Presbyterian Church life.

Martin was predeceased by his wife Petronella “Nel” (nee Bergsma) on January 7, 2015.

A private family Graveside Service will be held at Mountain View Memorial Gardens.  Condolences may be forwarded through www.McInnisandHolloway.com. The family would like to extend their sincere appreciation to everyone who assisted Martin and his family over the past two years.

Share Your Memory of
Martin
Upload Your Memory View All Memories
Be the first to upload a memory!