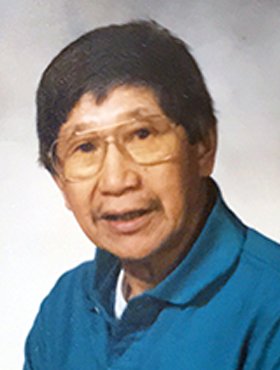 Obituary of On Wah LEE

100 years ago, a tiny baby was born in a small farmhouse outside of Victoria, BC to two Chinese immigrants making their way in a new world. He was the sixth child of eight. That baby grew into a legendary man.

George and his family suffered hardship during the great depression. After small town Alberta, he, his widowed mother and teenaged siblings settled near Chinatown, Calgary. Some of his happiest memories involved playing on the north side of the river with other Chinese kids. He left school in Grade eight to help support his family. In 1944, at the age of twenty-five, he contributed to the war effort by volunteering with the civilian guard for the Canadian Navy on the Northwest Coast of BC. His adventurous spirit led him to driving a delivery truck to far flung places like Montreal, Chicago, and Detroit. With his brother bill he homesteaded a farm, outside of Medicine Hat Alberta. On a blind date, he met the love of his life, Violet Reid. They were married in 1956, and had their first daughter soon thereafter. A boy, a girl, and then (OMG!) twins followed. In the early sixties, he homesteaded his own farm into which he poured his energy, love, and labor. He worked so hard fixing tractors, irrigating by hand, and constantly repairing equipment. Violet supported him in every way, working many hours on the farm. Driven to pay for the farm, in his late 30s, he took up a trade. He apprenticed and studied to become a journeyman pipefitter. He was a member of the United Association of Pipefitters Local 496. His favorite saying was there is no such word as “can’t.” George worked two full-time jobs to pay for the farm.

He had many great experiences. At fifty, he attempted to ski at Sunshine. At eighty, with his siblings, he took a meaningful trip to China to visit his father’s village. At ninety he accompanied his grandchildren to Panorama. And through many of his years, he loved hosting corn roasts for friends and family in Medicine Hat.

Funeral Services will be held at McINNIS & HOLLOWAY (Deerfoot South, 12281 – 40th Street SE, Calgary, AB) on Saturday, November 9, 2019 at 2:00 p.m. Reception to follow in the Hospitality Centre at the Funeral Home. A Dinner to celebrate On Wah will follow at  Regency Palace Restaurant (328 Centre St S, Calgary, AB) at 6:00 p.m. Graveside Service  will be held at Hillside Cemetery Medicine Hat, AB on Monday, November 11, 2019 at 1:00 p.m.  Condolences may be forwarded through www.McInnisandHolloway.com.

Reception to follow in the Hospitality Centre at the Funeral Home. A Dinner to celebrate On Wah will follow at Regency Palace Restaurant (328 Centre St S, Calgary, AB) at 6:00 p.m.

Share Your Memory of
On Wah
Upload Your Memory View All Memories
Be the first to upload a memory!
Share A Memory
Send Flowers