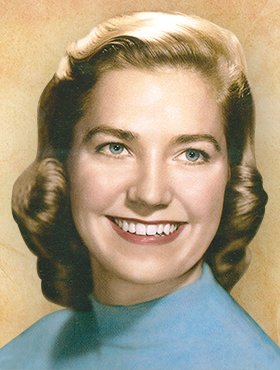 Anne Marie Campbell, beloved wife of Bob Cleveland of Calgary, AB, passed away on Friday, January 3, 2020 at the age of 82 years.

Anne was born in Calgary, AB, in 1937. Anne was raised on a ranch west of Calgary, where she and her four siblings were taught the importance of love, family, friends, and hard work. Anne graduated from the University of Idaho in 1958 with a degree in Home Economics. At school she met her husband, David Campbell, and had two sons, Ross and Scott. Anne established Camaco Financial Group in 1977, building a strong foundation for a business that continues to this day. Anne attributed her success in business to the values established from a young age and most importantly, to her faith in God. Anne later married her husband Bob Cleveland in 2008 where they cared for one another until Anne’s death.

Funeral Services will be held at McINNIS & HOLLOWAY (Fish Creek, 14441 Bannister Road SE, Calgary, AB) on Saturday, January, 11, 2020 at 10:00 a.m. Reception to follow in the Hospitality Centre at the Funeral Home. Graveside Service to follow at Queens Park Cemetery. Condolences, memories and photos may be shared and viewed on Anne’s obituary at www.McInnisandHolloway.com.