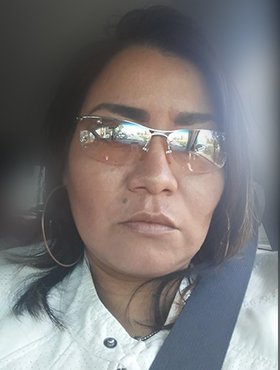 Iliena Wildman, was suddenly called home by our Creator on Friday, January 3, 2020 at the age of 40 years.

Iliena was predeceased by her parents Bert and Sarah Wildman.

Wake Services will be held at the residence of Una Wesley (Highway #40, Morley, AB) on Thursday, January 9, 2020.  Funeral Services will be held at Morley Gymnasium (Morley, AB) on Saturday, January 11, 2020 at 11:00 a.m. Graveside Service to follow at Chiniki Cemetery (Morley, AB).  Condolences, memories and photos may be shared and viewed on Iliena’s obituary at www.McInnisandHolloway.com.

Share Your Memory of
Iliena
Upload Your Memory View All Memories
Be the first to upload a memory!
Share A Memory
Send Flowers