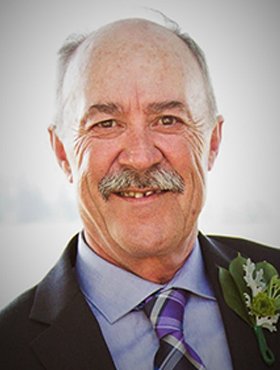 Glenn Michael McSween, beloved husband of Anita McSween (nee Green), of Cochrane, AB, passed away on Saturday, January 4, 2020 at the age of 62 years.

Glenn was born in Calgary, AB, on November 5, 1957. He moved to Cochrane, AB, in 1997. Glenn graduated from William Aberhart High School, and SAIT with an Electricians ticket. Glenn married Anita in 1978. Glenn accomplished much through his life and was particularly proud of the multiple awards he received through his many years playing hockey. Glenn enjoyed playing hockey, baseball, and refereeing hockey. Glenn’s most memorable vacation was when he went to Disneyland with Anita and their three kids, and a recent road trip across Canada with Anita.

A Celebration of Life will be held at McINNIS & HOLLOWAY (Cochrane, 369 Railway Street, Cochrane, AB), on Friday, January, 17, 2020 at 1:00 p.m.  Reception to follow in the Hospitality Centre at the Funeral Home. Dress Code: Comfortable, casual, and colorful!

If friends so desire in lieu of flowers, memorial tributes may be made directly to the Canadian Tire Jumpstart Program, 2180 Yonge Street, PO Box 770, Station K, Toronto, Ontario M4P 2V8, Telephone: 1-844-YES-PLAY, https://jumpstart.canadiantire.ca/. Condolences, memories and photos may be shared and viewed on Glenn’s obituary at www.McInnisandHolloway.com.