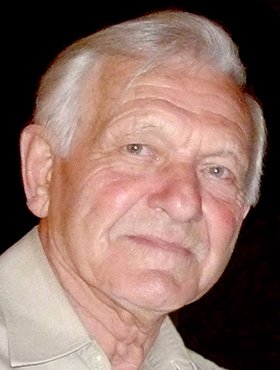 Henri (Harry) van Veenendaal, devoted husband and father, passed away peacefully at the age of 89 on Friday, January 3, 2020 with his son by his side.

He is survived by Jacoba (Coby), his wife of sixty-five years; his son Rudy and daughter-in-law Donna, their extended family James, Patricia and Sam; Harry’s sister, Ann of Calgary; sisters Wil and Trees, and brother Hubb of the Netherlands; as well as numerous nieces and nephews, both in Canada and the Netherlands. Harry was the eldest of seven children and was predeceased by his sister Bep and his brother Henny.

Harry and Coby immigrated to Canada in 1954 and enjoyed great success in their new country. They became world travellers. Harry was a very positive person and was always interested in the next big adventure.

At Harry’s request, there will not be a funeral. The family will have a private Celebration of his Life at a later date. We wish to thank the family members, many friends, and caregivers who cared for our Dad over the past few months, including the staff of the Rockyview Hospital, Unit 71.

If friends so desire, in lieu of flowers, please consider a donation to a charity of your choice. Condolences, memories and photos may be shared and viewed on Henri’s obituary at www.McInnisandHolloway.com.

Share Your Memory of
Henri (Harry)
Upload Your Memory View All Memories
Be the first to upload a memory!
Share A Memory
Send Flowers