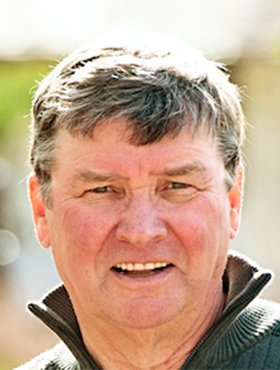 Bruce Weldrick, beloved husband of Lynda Margaret Weldrick (nee Dalley) of Calgary, AB, passed away on Sunday, January 5, 2020 at the age of 75 years.

Bruce moved to Calgary in the early eighties to further his career with Air Canada airlines. He continued working with the airline at the Calgary International Airport for another thirty years before he retired. Once retired from Air Canada, Bruce continued to work in the mountains in the Village of Radium Hot Springs.

He was a member of the Temple Community Association and volunteered whenever possible. He was also an avid curler and enjoyed playing Bridge with his friends.

Bruce is survived by his children Keith (Karen) and Andrea (Jeff); his granddaughter, Casey, his brother, Wayne (Kathy) of Toronto as well as numerous nieces, nephews, and friends. Bruce was predeceased by his spouse, Lynda Margaret Weldrick (nee Dalley), and parents, Henry and Jean.

Memorial Service will be held at the Temple Community Centre (167 Templegreen Road N.E., Calgary, AB) on Saturday, February 1, 2020 from 1:00 p.m. to 3:00 p.m. Condolences, memories and photos may be shared and viewed on Bruce’s obituary at www.McInnisandHolloway.com.

Share Your Memory of
Bruce
Upload Your Memory View All Memories
Be the first to upload a memory!
Share A Memory
Send Flowers