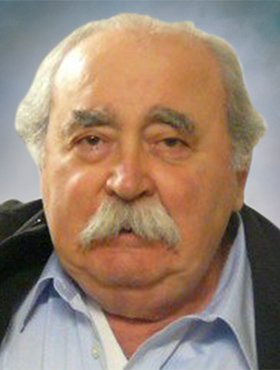 Mate Filipovic, beloved husband of Ana Filipovic (nee Kovacevic), of Calgary, AB, passed away on Sunday, February 9, 2020 at the age of 84years.

Mate grew up in Vinkovci, Croatia and completed his trade certification as a machinist shortly before embarking on a lifelong journey away from his beloved homeland of Croatia. He arrived in Canada in 1956 where he worked in several different industries in Northern Quebec and Ontario before settling down in Calgary, AB in 1978 making many friends along the way. Mate was a very proud father, an even prouder grandfather and dedicated all his energy and passion in support of his family. He also devoted much of his spare time to supporting the Croatian community in Canada.

Mate is survived by his loving wife of 55 years, Ana; his two sons, Robert (Michelle) and Richard (Ana); and six grandchildren, Matthew, Jessica, Rachel, Sarah, Nikola and Kristian. Mate is also survived by his brother Nikola of Oakville, ON; his sister Dragica Tomic of Rijeka, Croatia; and numerous cousins, nieces, nephews and relatives in Croatia and Canada.

Funeral Mass will be celebrated at Our Lady of Marija Bistrica Croatian Catholic Church (14680 Deer Ridge Drive S.E., Calgary, AB) on Thursday, February 13, 2020 at 11:00 a.m.  Graveside Service to follow at Queen’s Park Cemetery.  Reception to follow in the parish hall. Condolences, memories and photos may be shared and viewed on Mate’s obituary at www.McInnisandHolloway.com.

Share Your Memory of
Mate
Upload Your Memory View All Memories
Be the first to upload a memory!
Share A Memory
Send Flowers