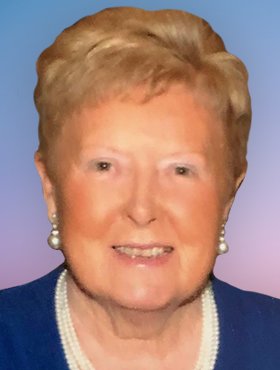 Bertha is fondly remembered by her son Alastair Wilson (Lori), her daughter Fiona (Grant Readman) and her grandchildren Alyssa, Sydney, Malcolm and Trevor.

Bertha was born in Belfast, N. Ireland and attended Stranmillis College where she received a teaching certificate before marrying Lowen in 1960.  Bertha and Lowen subsequently immigrated to Canada in 1966, settling in Drumheller, AB. As a lifelong learner Bertha continued her education in Canada as she earned an Early Childhood Services Diploma in 1977 and B.Ed. in 1978.  A Master of Education was granted in 1989 and she completed her formal education by attaining a Doctorate in 1993.

Throughout her life, Bertha was an advocate for children and their learning. In Drumheller Bertha began a private Kindergarten program before Kindergarten became part of the public school system. Bertha then worked for many years as a teacher eventually becoming a Director of Curriculum. She then took on the role of Superintendent of the Drumheller Separate System and later, for thirteen years, as Deputy Superintendent of Christ the Redeemer School Division.

Bertha’s leadership in education extended beyond the classroom as she served as a member of the Senate for both the University of Calgary and University of Lethbridge. She was a member of Early Childhood Education Steering committees for the U of C as well Alberta Education. In addition, she was an active board member of the U of C’s “Centre for Leadership in Learning” acting as its president for one term.

Over twenty years ago Bertha and Lowen moved to Bragg Creek and took joy in the beautiful natural surroundings of forests, rivers and mountains. Bertha moved to Cochrane after Lowen’s passing and had only recently moved to Okotoks. In every setting, it was the natural surroundings that gave her peace.
Bertha took enormous pride in the accomplishments of her family and especially her grandchildren but, above all, she treasured her loving memories of her life with Lowen.

Bertha was greatly loved and will be sadly missed by all her family. A Celebration of Bertha's Life will be held at Red Deer Lake United Church (West on Highway 22X past Spruce Meadows) on Saturday, February 29, 2020 at 1:30 p.m. Condolences, memories and photos may be shared and viewed on Bertha’s obituary at www.McInnisandHolloway.com.

Share Your Memory of
Dr. Bertha
Upload Your Memory View All Memories
Be the first to upload a memory!
Share A Memory
Send Flowers