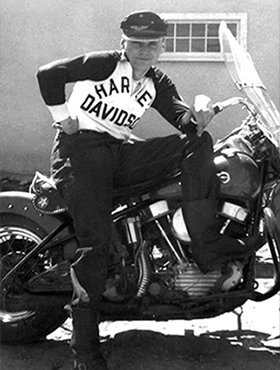 Neil Ferguson, beloved husband of Louise Ferguson (nee Sherman) of Calgary, AB, passed away on Thursday, February 20, 2020 at the age of 92 years.

Neil passed away peacefully with his wife Louise, and his daughter, Catherine, by his side. Born in Carstairs, Neil came into the world at a mere four pounds but full of life. With no neonatal care, his mom placed him in a shoe box near the coal stove, heading back out to hay after his birth. He is remembered in the Carstairs area for pranks, including tipping outhouses. After finishing high school in Calgary, he moved to Edmonton where he met and married Louise while working at Hood Motors and Don Wheaton’s before starting his own entrepreneurial ventures. His years in the automotive industry brought new friends and a forty-year collaboration creating the Autobody and Insurance Adjusters Sports Club. Weekends were spent on the golf course at the Glendale Golf and Country Club. Travel was important with trips to Vegas, Lompoc, Hawaii, Scotland and Africa. On the trip “home” to Scotland to see his aunts, he met cousin, Iain Macdonald, whom he loved like a son. Neil and Louise moved to Calgary in 2003 to be closer to grandchildren, allowing Neil to resume cheering for his cherished Stampeders. While not an active grandpa, he loved making sure his grandchildren made it to and from school each day and ensuring they had an appropriate supply of chocolate and peppermint candies. In 2018, as his health deteriorated, he moved into Age Care Glenmore.

Neil will be lovingly remembered by his wife of sixty-four years, Louise; his daughter, Catherine (Collin); and grandchildren, Evan, Sean and Caitlin Heggerud. Neil was predeceased by his parents and siblings.

As per Neil’s wishes, there will be no memorial service. Condolences, memories and photos may be shared and viewed on Neil’s obituary at www.McInnisandHolloway.com. If friends so desire, memorial tributes may be made directly to the Alberta Children’s Hospital Foundation, 28 Oki Drive NW, Calgary, AB  T3B 6A8, Telephone: (403) 955.8818. www.childrenshospital.ab.ca

The family would like to express deep gratitude for the care provided by Mila, Jacqueline, Ruby, Charlene, Maricel, Ana, Laura and Lana.

If friends so desire, memorial tributes may be made directly to the Alberta Children’s Hospital Foundation, 28 Oki Drive NW, Calgary, AB T3B 6A8, Telephone: (403) 955.8818. www.childrenshospital.ab.ca