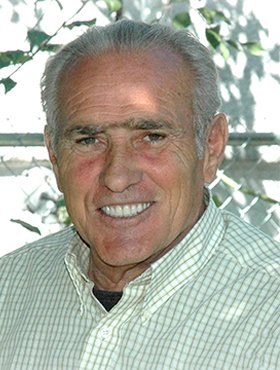 Antonio Buonincontri, beloved husband of Maria Buonincontri (nee Pacchiano), of Calgary, AB, passed away on Friday, February 21, 2020, at the age of 70 years.

Antonio was born in Lausdomini, Napoli, Italy on April 15, 1949.  He immigrated to Canada in 1968 to be with his sister Rosa and brother-in-law Michele L’Amarca. Antonio worked very hard as a cement worker most of his life. He married the love of his life, Maria on January 3, 1970, and they created a loving home together. Antonio was passionate about gardening and fishing. He had strong family values and thrived as a loving caregiver to his grandchildren, Antonio and Gianluca. Antonio will be most remembered for his kindness and generosity to his family and friends; he carried his heart on his sleeve and loved so deeply.

Antonio is survived by his wife of fifty years, Maria, children, Gennaro (Mariana), Rachela (Russ), and Giuseppe (Lisa); grandchildren, Antonio and Gianluca; and brother Giuseppe (Maria) of Italy, as well as a number of extended family members. Antonio was predeceased by his parents, Gennaro and Rachela; and sister Rosa.

Funeral Mass will be celebrated at Mary, Mother of the Redeemer Parish (1714 – 14th Avenue N.E., Calgary, AB) on Friday, February 28, 2020, at 10:30 a.m.  Graveside Service to follow at Queen’s Park Mausoleum. Condolences, memories and photos may be shared and viewed on Antonio’s obituary at www.McInnisandHolloway.com.

Share Your Memory of
Antonio (Tony)
Upload Your Memory View All Memories
Be the first to upload a memory!
Share A Memory
Send Flowers