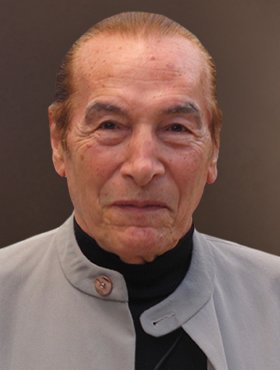 It is with a heavy heart that we announce the passing of Pierre Saliba, at the age of 85 years, on Wednesday, April 1, 2020. Pierre passed away surrounded by the continuous love and support of his family amongst the sounds of his favourite instrument, the violin.

Born in Beirut, Pierre grew up alongside his two sisters, Marie and Alice, and brother George. At the age of 20, he met the love of his life and future wife, Alice Durzi and they married in 1960. In 1976, Pierre, Alice and their children immigrated to Calgary, AB.

The life and legacy of Pierre are monumental and irreplaceable. He lived a full, ambitious life and was dedicated to loving all those around him, raising their spirits and leaving them well. Pierre’s ambition and dedication to all facets of life allowed him to excel in all his hobbies and passions. He thoroughly enjoyed fishing, whether on the island of Cyprus or on the beaches of Hawaii. When he wasn’t working as a successful hairstylist, Pierre was touring the world as a violinist with many artists such as Sabbah, Fairuz, and Wadih El Safi. At a young age, he had earned a number of achievements including the championship of Roman Wrestling for Eastern Europe, numerous body-building championships, and becoming head coach of the international Lebanese soccer team. Always willing to share stories, his life is defined by his many accomplishments, his wise demeanour and his willingness to always offer a helping hand to those in need.

Pierre’s smile, charm, and humour will be greatly missed but remembered forever. His lust for life and unwavering optimism has influenced the lives of every person found in his presence. The love Pierre shared for his family will be cherished and carried on for generations to come. Losing his physical presence is difficult, but his essence will continue to exist forever. Now in a better place, we know Pierre is resting with family and loved ones. May he rest in peace. We love you, Dad.

With the current restrictions due to Covid-19, a private ceremony has been held, and a Celebration of Pierre’s Life will be held at a later date. Until then, please stay strong and take care of your loved ones. Pierre would have wished this as such. Condolences, memories and photos may be shared and viewed on Pierre’s obituary at www.McInnisandHolloway.com.

The Saliba family would like to extend their sincere gratitude to everyone who has offered their condolences, prayers and support. We appreciate each and every one of you and we know we can get through these trying times together.

Share Your Memory of
Pierre
Upload Your Memory View All Memories
Be the first to upload a memory!
Share A Memory
Send Flowers