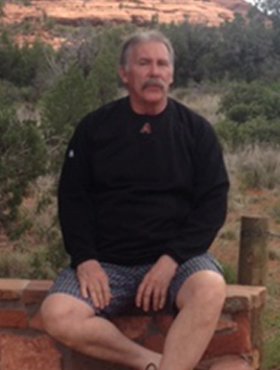 Jim McCaffrey, beloved husband of Diane McCaffrey (nee Duncan), of Calgary, AB, passed away on Saturday, April 4, 2020 at the age of 66 years.

Jim was born in Windsor, ON, on October 20, 1953. As a young boy, he was involved in many sports including Pee Wee football and Little League baseball. While attending Brennan High School, he continued to excel in football and basketball. Following high school, he was offered a scholarship to play football for the University of Richmond Spiders in Richmond, Virginia. After a successful football career and receiving a degree in Business Management, Jim was drafted by the Ottawa Rough Riders and given a try out. Following his try out, he returned to Windsor to play one more year of football with the University of Windsor Lancers.

Jim moved to Calgary in 1980 where he began a successful career in the steel industry where he continued to work until his death.

Jim married Diane in 1986 which was followed by the birth of their three children. Jim accomplished much through his life and was particularly proud of his family and all of their accomplishments.

For many years Jim continued to play a variety of sports including Twelve Man Flag Football with the Steelers and Slo-Pitch both in a men’s league and mixed leagues. He made many lifelong friends while playing.

His love for sports continued as his children grew and he became involved in coaching hockey, baseball, peewee football, and lacrosse. Jim touched the lives of many young people by sharing his talent, knowledge and love of sports.

Jim a caring and compassionate man, with a big heart. He was always willing to lend a hand to those in need. Jim will be lovingly remembered for his fun loving ways, his sense of humour, and his laugh.

Besides his loving wife Diane, Jim is survived by his daughters Sarah and her husband Derek, and Michelle and her husband Carlo; son Mark and his partner Kayla, all of Calgary, AB; grandchildren, Kayden, Emery and Leo, which he adored. Jim is also survived by sister Pat D’Agnolo and her two daughters and two grandsons, all of Windsor, Ontario; parents-in-law Jim and Mary Duncan of Calgary, AB; brother-in-law Bryon Duncan and his wife Rita of Winnipeg, MB; sister-in-law Roxanne Schaub, her husband Yvon, their two children and granddaughter of Calgary, AB; as well as numerous aunts, cousins, and friends.

Jim was predeceased by his parents, Stella and Clarence McCaffrey and his brother-in-law Louis D’Agnolo.

A Memorial Service will be held at McINNIS & HOLLOWAY (Fish Creek, 14441 Bannister Road SE, Calgary, AB) on Friday, Auguts 6, 2021 at 2:00 p.m.Condolences, memories and photos may be shared and viewed on Jim’s obituary at www.McInnisandHolloway.com.