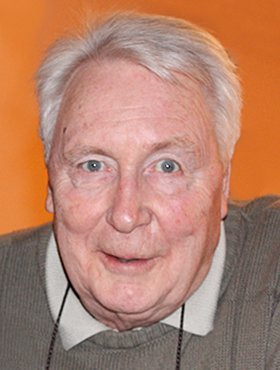 Terry was born March 27, 1933 in Edmonton. He moved through numerous career paths until finding the one that spoke to his heart, teaching special education, especially the work study program with the Calgary Catholic School Board. Terry’s proudest career moments were when he worked with his special needs students.

Terry was predeceased by his wife Shirley, and daughter Donna.

Due to COVID-19, a Memorial Gathering will be held in Terry's memory at a later date when it is safe to do so. Condolences, memories and photos may be shared and viewed on Terry’s obituary at www.McInnisandHolloway.com.

Terry’s family would like to thank the medical teams and staff in Unit 62 and 72 at the Foothills Hospital as well as the Southwood Hospice who cared so lovingly for Terry (Papa).

If friends so desire, memorial donations may be made directly to Louise Dean School Breakfast and Lunch Program for students and their children,120 - 23 St. NW, Calgary, AB T2N 2P1.

Share Your Memory of
Terence (Terry)
Upload Your Memory View All Memories
Be the first to upload a memory!
Share A Memory
Send Flowers