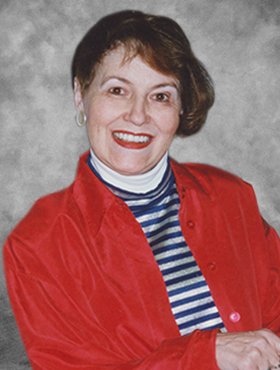 Shirley Anne Peppler of Calgary, AB, passed away peacefully at the age of 82.

Shirley was born on April 13, 1937 in Fenwood, SK and would later move to Flin Flon, MB to become a teacher. While living in Flin Flon she met and married Lorne Peppler and to complete their family they became parents to son Randy and daughter Wendy. The family would eventually make their home in Calgary, AB where Shirley became a homemaker and volunteered for various organizations.

Shirley is survived by her son Randy (Cindy), daughter Wendy (Jason), granddaughter Kiah and sister Loretta. Shirley was predeceased by her husband, Lorne, parents, Alexander and Anne and brother, Thomas. The family would like to extend a heartfelt thank you to the staff at Mayfair Care Centre for their continued care of Shirley.

No memorial service will be held at Shirley’s request. To celebrate Shirley’s life donations can be made in her name directly to the Arthritis Society at https://arthritis.ca/about-arthritis/arthritis-types-(a-z)/types/rheumatoid-arthritis. Condolences, memories and photos may be shared and viewed on Shirley’s obituary at www.McInnisandHolloway.com.