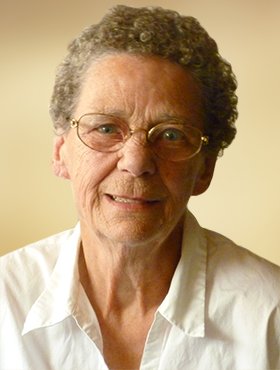 Edna Mavis Storbakken passed away in Calgary at her apartment on on Thursday, April 2, 2020 at the age of 92 years.

She was born in the roaring 20’s in Grande Prairie, AB.  Worked on the farm and attended Canuck School #3873.   In 1950 she met the man of her dreams, Archibald W. Storbakken. On March 31, 1951 they were married in Camrose, AB.  They worked in the oil field and moved between Alberta, Saskatchewan and Manitoba for work.  They pulled an eight foot Trailer behind their car and made friends through their travels.  They never let the simple things stand in their way.  They travelled to Las Vegas, Hawaii, Mexico and England together and also enjoyed the many camping trips they took in Alberta and British Columbia.

In 1963 they added to their family and their son Steven was born.  At this time they moved into a new stage of their life and bought a Trucking company and moved the Zama City, AB to start their new life.  Operating their business till the early 80’s, they sold it and moved to Grimshaw, AB where they lived for thirty years until Archibald passed away September 5, 2008.

Devastated and torn, Edna reluctantly moved to Okotoks, AB in 2010 to be closer to her son and grandchildren.  She lived there for five years independently, taking in the sights and making new friends and adventures.  In 2015, she decided it was in her best interest to move to Calgary, into the Auburn Heights retirement home. Still golfing, watching curling and enjoying a bottle of pink zinfandel wine and a nicely cooked steak from the BBQ time to time. She spent many hours with her son and Saydee, going for Vietnamese food, playing pinball, dancing, and shopping.

She lived in Auburn Heights till her 89th birthday and decided she wanted a change.  A new lodge was being built and at 89 she moved into it. We all thought she was crazy, but that was Edna, she liked a challenge.  She moved there, not because it had more care but because it was independent, she had a stove and could cook again! She gave up driving her car, but maintained it like she was still active driver.  In 2019 after Mykayla obtained her driver’s license, with a tear in her eye and a smile she gave the car to her.  Mykyala would take Edna for little trips from time to time.  In October 2019 Edna fell and hurt her arm and her health started deteriorating to a point that she had to move back to the Auburn Heights Retirement home.  She struggled with being in and out of the hospital and it took a toll on her body.  One morning she fell and fractured her hip and it was shortly thereafter that she passed away.

Share Your Memory of
Edna
Upload Your Memory View All Memories
Be the first to upload a memory!