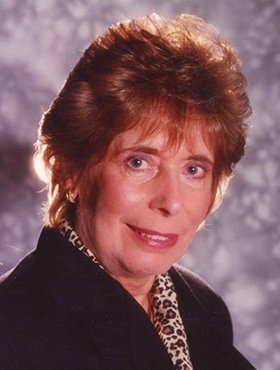 It is with heavy hearts that we share the news of the passing of Jean Ragan on Tuesday, April 7, 2020 in Calgary, AB at the age of 75 years.

Jean was born on April 23, 1944 in St. Thomas, Ontario, to Maude and John Crosby. She attended school and spent her youth in Aylmer, Ontario. Upon graduating she moved to London, Ontario where she obtained a teaching certificate. After completion, she moved to Burlington, Ontario where she began her teaching career. Shortly after, she got married and had her two children, Jeffery and Dawn.

The family moved to Winnipeg where Jean began her work for the Federal Government. She started in the tax department, eventually moving into the position of Chief of Information Services. While living in Winnipeg, she met her lifelong friends, Micki (George) and Helen (Rick). These important friendships she valued and held until her passing.

Jean continued her career with the Federal Government with a move to Calgary in the late 1980s and assumed the position of Directorate EDP Coordinator with the Western Directorate Division of Supply and Services. The position required her to frequently travel between Calgary, Winnipeg and Ottawa. Her career advancements continued with a promotion to Client Services Manager with the Public Works and Government Services department and then on to be the Account Manager for Government telecommunications and Information Services, a position she held until her retirement in 2003.

While in Calgary, she met her soulmate Ed Ragan and the two were married in October of 1998. Jean and Ed traveled to various places and together they went on fourteen cruises. They liked the Panama Canal so much they took a second cruise there. They both loved the life on a cruise ship. They enjoyed sharing their travels on the ship with cousins, Jerry and Sherry.

Further to their cruising vacations, Jean and Ed enjoyed creating travel memories and both were excited to share the many stories that came along with these adventures. One very memorable trip for them both was their trip to Churchill, Manitoba to see the polar bears. They enjoyed additional road trips closer to home and one of their frequent favourite places to visit was Montana. Their last road trip together was an adventure trip down memory lane for them both as Jean had spent time working in Lloydminster, Cold Lake and Saskatoon.

In addition to their travels, Jean’s favourite leisure activity was to spend time with her family. She loved going for brunch’s, celebrating special occasions and more so, seeing and hearing about what was happening in everyone’s life. This family joy continued through final months at the Manor where her grandchildren cooked and brought meals to share.

Jean had some struggles with her health later in her life and was blessed to have many caring family and friends by her side. Her husband Ed cared for her night and day and made sure she was comfortable and taken care of, one of many acts of his love for her. In the last five years of life, Ed was her personal chef, nurse and primary care giver. The two loved each other and it was obvious to all that knew them. Ed always knew the way to bring a smile to her face and bring out that belly laugh.

In December 2019, she moved into St. Marguerite Manor, an assisted living facility in Calgary and was happy to be in the same facility as her son Jeffery. They shared their meals together and when possible Ed joined them. They both supported Jean throughout their time together and Ed continued as a gentle and loving husband until her passing.

She is survived by her loving husband Ed; his brothers and sisters in Southern Alberta; her children, Jeffrey and Dawn (Jeff); cousins, Jerry and Sherry, sister Louise, nephew Paul; grandchildren, Samantha (Ryan), Kelsey, Veronica, Jessica, Melissa, Michael, and Brett; two great-grandsons, Liam and Oliver; as well as numerous other nieces and nephews.

Jean was predeceased by her father John and her mother Maude; daughter-in-law Linda, and Jim (husband of sister Louise)

A special thank you to Vikki Frizzley, who came each Wednesday to Jeans home to give her a prolastin injection. Thank you to the staff at Rocky View hospital that cared for Jean and the many caregivers at St. Marguerite Manor including Dr. Mercuur and family friend Kathy MacNeill who supported her during her final months.

Share Your Memory of
Jean Marie
Upload Your Memory View All Memories
Be the first to upload a memory!
Share A Memory
Send Flowers