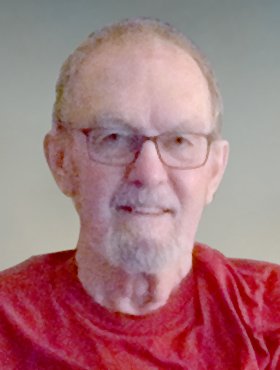 Kenneth Vern McDowell of Calgary, AB, retired Associate Professor of Psychology at the University of Saskatchewan, died at the age of 80 following complications from surgery.

Ken was born and raised in Casper, WY and entered the US Air Force after completing high school in Casper, where he played basketball for the Mustangs as their 6’5” center. Subsequently, he earned his PhD at the University of California, Riverside. Ken was a compassionate and loving husband, father, brother, son, and friend. Reading, independent thinking, eclectic interests, sharing life with Anne and their dog Gus, woodworking, and following his genetic roots were his passions in retirement.

Ken is survived by his wife of thirty-one years, Anne Elizabeth Vernon of Calgary, son Kenneth Brad McDowell (Rachel) of Colorado Springs, CO, brother Bob McDowell (Patricia) of Buffalo, WY, and stepson Robert Clinkard (Amber) of Moose Jaw, SK. Between them, Ken and Anne had five grandchildren and two great-grandchildren. He was preceded in death by parents Lyle and Betty (Jones) McDowell of Casper and older brothers, Jerry and Bert McDowell.

Ken will be sorely missed but there is comfort knowing that he was well loved and that his life was well lived.

No public memorial will be held. Condolences, memories and photos may be shared and viewed on Ken’s obituary at www.McInnisandHolloway.com.