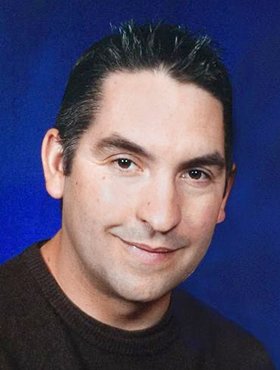 It is with great sadness that we announce the passing of Bryson Dwight Kuzek, beloved husband of Jennifer Ann Kuzek (nee Cassidy) and loving father to Tanner, Jenson and Josie Kuzek of Calgary, AB, on Friday, April 10, 2020 at the age of 44. After a fierce battle with cancer, Bryson passed away in the comfort of his home with his wife and sister by his side.

Bryson was born in Calgary, Alberta, on June 17, 1975 to Dwight and Virginia (Ginny) Kuzek. At the age of 7 he moved to Drayton Valley, Alberta, with his family before returning to Calgary, residing in the NW community of Silver Springs and eventually Royal Oak. He attended Sir Winston Churchill High School, graduating in 1993. Bryson was a competitive athlete excelling in both hockey and baseball, earning him a baseball scholarship to the United States. He attended university in Colorado, Missouri, and Mayville State University in North Dakota, graduating with a business degree. He was an all-conference third baseman at Mayville State University and Treasurer for the state of North Dakota Students’ Association. Bryson was also very involved in baseball in Calgary, where he played for and coached the Calgary Longhorns in the Foothills Major Baseball Association for many years.

Bryson had a huge personality, a smile and laughter which would light up a room, a tremendous love for life, a heart of gold, a giving nature and was always there for people when they needed. He was an incredible husband, father, son, brother, uncle, cousin, nephew and friend.

Jennifer and Bryson’s love story began in 1992, unaware at the time that they had met as young children. Bryson adored Jennifer, the love of his life, and they married on April 29, 2009. Bryson’s family was the most important thing in the world to him and it was very evident in his devotion to them. He was the most amazing father to his beautiful sons and daughter.  His greatest pleasure came from spending time with his young children. Throughout his battle, he remained very involved in coaching his boys’ baseball and hockey, and would spend hours patiently cuddling and building Lego creations with his daughter, even when he wasn’t feeling well. He was very proud of all three of them and courageously fought to the very end to stay with them.

There are no words that can truly express what Bryson meant to our family, the sadness we feel, and how deeply he will be missed. We will always love you Daddy.

A GoFundMe (https://ca.gofundme.com/f/bryson-kuzek) had been set up to help the family through Bryson’s battle providing them with comfort and support over the past few months and will continue to do so moving forward when they must endure life without him. The entire Kuzek and Cassidy families would like to thank you for your generous support, continued prayers and ongoing love.

Due to the Covid-19 restrictions a celebration of Bryson’s life will be held at an undetermined future date, as soon as it is safe to gather.
Condolences, memories and photos may be shared and viewed on Bryson’s obituary at www.McInnisandHolloway.com.

Share Your Memory of
Bryson
Upload Your Memory View All Memories
Be the first to upload a memory!
Share A Memory
Send Flowers