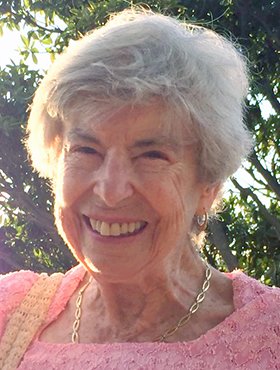 Doreen Elizabeth Shipley (nee Walton) of Calgary, Alberta passed away on Saturday, April 18, 2020 at the age of 88 years.

Doreen was born on February 9th, 1932 in Newcastle Upon Tyne (UK) and lived with her family in Walkergate (UK) until she met the love of her life, Rob Shipley. From an early age Doreen loved to ‘play shop’. On leaving school she worked at Fenwick’s and Marks & Spencer in Newcastle and on immigrating to Canada she resumed working for Marks & Spencer in Calgary, Alberta. In all, Doreen spent thirty-seven years in retail.

Doreen loved her family and her adopted country of Canada. After the love of her life passed away in 2015 after fifty-eight years of marriage, she stoically continued on as the matriarch of the ‘Shipley Clan’. Doreen was loved by all her family and many friends.

Condolences, memories and photos may be shared and viewed on Doreen’s obituary at www.McInnisandHolloway.com.