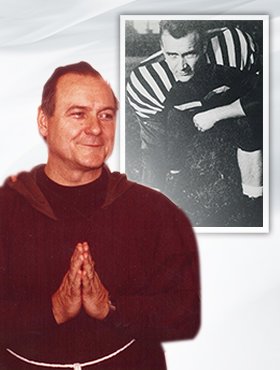 He was born in Ottawa on October 28, 1931 to Elsie and Stuart Shaw, the youngest of three boys. In his youth he and his brothers participated in hockey, lacrosse, and football. In 1950 he played with the Ottawa Rough Riders in an exhibition game against the New York Giants. After knee injuries signalled the end to his football career, he entered what would be a lifelong career in the financial industry.  He worked at various finance companies, The Bank of Montreal, and finally as the Credit Manager of Acklands, where he worked for 15 years until his retirement at the age of 56. In 1958, while working at Household Finance, he met the “love of his life”. After 6 months courtship, and with another work transfer coming up, he proposed to Marian, they were married on December 27, 1958. Their growing family eventually moved to Calgary where they spent the rest of their years (except for a short period in Red Deer). Earl enjoyed many hobbies over the years; woodworking, ceramics, and photography to name a few. He volunteered with the community association coaching hockey and maintaining the outdoor rinks.
After his retirement he rediscovered his love of golf and spent many summers walking the course (perhaps partly for exercise and partly because that was the best way to find all those lost balls). He taught some of his children and grandchildren to play as well (maybe not “as well”, but also). He even got a hole in one at Maple Ridge course in 1999. Earl loved spending time with his grandchildren. He taught them how to play chess, enjoyed trips to the playground, and entertaining them with his funny hats. He was an Associate member at the Officer’s Mess of the PPCLI. He and Marian enjoyed many a happy hour and dinner there as well as making many lifelong friends. He loved to tell jokes and make lengthy, poetic toasts. St. Patrick’s Day was a favourite celebration. The progression of Alzheimers robbed him of the ability to do many things, but he never lost the joy of visits with his family, having a happy hour beer, and was always quick with a smile.

The family would like to thank the staff at Bowview Manor and Chartwell Residence for the considerate care he was given.

There will be no service. Condolences, memories and photos may be shared and viewed on Earl’s obituary at www.McInnisandHolloway.com. Memorial donations may be made to the Alzheimer Society Canada www.alzheimer.ca or a charity of your choice. It’s 5 o’clock somewhere, happy hour cheers to Earl.

Share Your Memory of
Earl
Upload Your Memory View All Memories
Be the first to upload a memory!
Share A Memory
Send Flowers